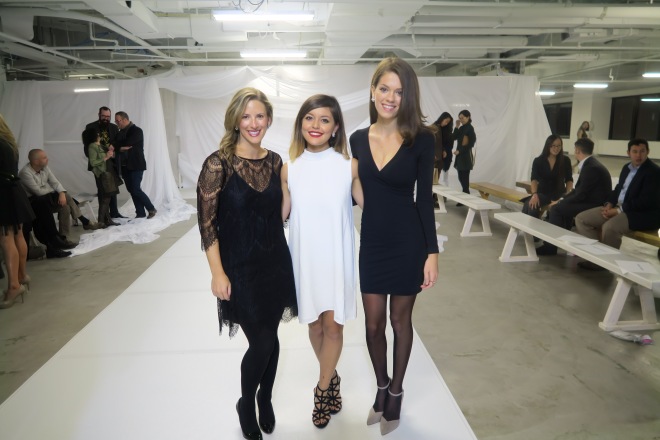 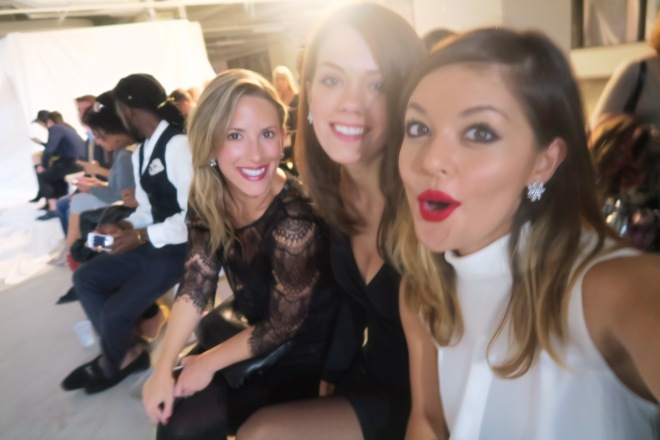 Now that you’ve seen what I wore to the Jonathan Joseph Peters show during Boston Fashion Week, I thought I’d share some pictures from the show.

With his collection being named “Modern Madonna”, it’s no surprise that Jonathan Joseph Peters took inspiration from the Renaissance era in his latest collection. A former Project Runway contestant and a New England native himself, I was really excited to see Jonathan’s collection during Boston Fashion week. By imagining what the modern Florentine woman would wear, Jonathan created a collection equal parts renaissance inspired, romantic and sexy . By pairing each of his designs with elaborate jewels and headpieces from House of Cach, the complete looks had a bit of added drama. The models wore their hair up and in many braids, reminiscent of the style in Italy at the time.  The headpieces really added to the Renaissance look- it made the models look like they just walked out of a painting!

My favorite piece was the frosty blue number that closed the show. It was paired with the biggest and super sparkly headpiece that left myself and I think the entire crowd in awe!

I am so grateful to have attended this show (my first fashion show!) and to have the opportunity to meet some fellow Boston bloggers at the event. A special “hi” to Alisa who I sat next to during the show and snapped a few pics with. Hoping I’ll be able to attend more events during next year’s Boston Fashion Week- especially JJP’s show as it was such a beautiful collection!