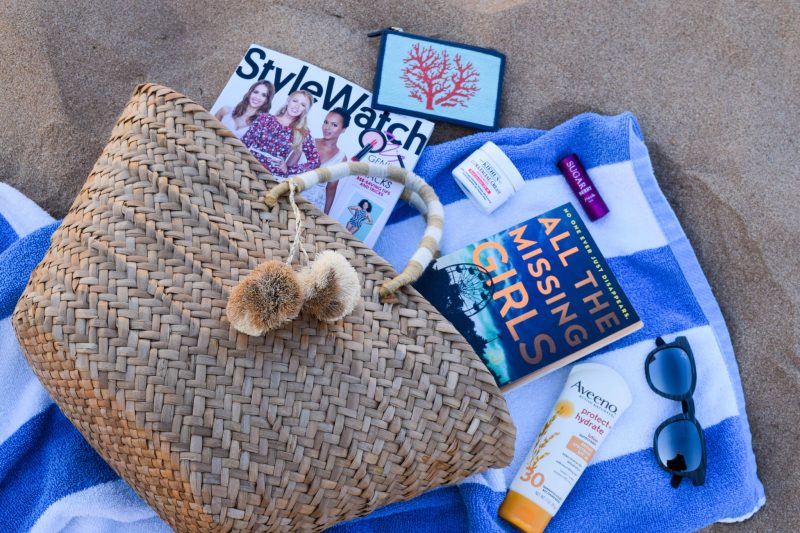 Beach Bag: Kayu (bunch of other options linked below too!) Sunglasses: Maui Jim

Hi all! Hope you had some lovely Fourth of July celebrations with your family and friends! I had planned to get this post up before the holiday in case you were looking for some good reads over the holiday weekend, but I got caught up having so much fun in my own celebrations that this post wasn’t finished in time.. oh well! At least there are still several weeks of summer left for lots of reading 🙂

The Girls: This book was just as interesting as I thought it would be and if you haven’t read it yet, I would definitely recommend. Based in the 60’s in California, The Girls tells the story of the girls in a cult and what happens when an lonely teenage girl gets wrapped up in their lives. It can be tough to read in some parts but the whole cult mentality was super intriguing. It was one of those books where I wanted to just shake the main character and tell her to run away!

All The Missing Girls: If you like thrillers, definitely pick this up next! This is the story of Nicolette whose friend went missing several years earlier. Now that she is back in town, another girl has gone missing. The majority of the book is written in reverse and works backward which makes it unique.

The Assistants: Really cute summer read. This book follows the executive assistants at a major broadcasting/news company and what happens when they decide to take some of the money lying around for themselves!

What I’m Reading Next: I recently downloaded 13 Reasons Why, Hillbilly Elegy and First Comes Love onto my Kindle.

House of Cards: Season 5 did not disappoint an the Underwoods were back to their same old tricks and deceptions in the most recent season. The finale did leave me wanting a bit more, but I think they always do that with this show!

Bloodline: Have to admit I was a bit disappointed with the ending to this show which had been one of our faves in the past. I won’t share any spoilers in case you haven’t watched yet, but the last two episodes didn’t do it for me, especially when it was the end of the series not just the season.

The Keepers: We still have one episode left to watch in this series as I write this, but wow… As someone who grew up going to an all girls, Catholic school, this show is disturbing and upsetting, but I can’t stop watching it. The Keepers is following the story of a 40 year old cold case in Baltimore of a nun who was murdered. Watch this if you liked Making A Murderer.

What I’m Watching Next: Game Of Thrones comes back in July so that… duh!

What I’m Listening To:

Ponzi Supernova: Detailing the biggest ponzi schemer ever, Bernie Madoff, I was intrigued by this podcast as it’s been one of the only media outlets that spoke to Bernie directly. I didn’t know nearly enough about the inner workings of Madoff and how deeply he was ingrained with major banks so I felt like I learned a lot from this podcast. The episodes are short- only about 30 minutes- and there are only six of them so you’ll fly through it.