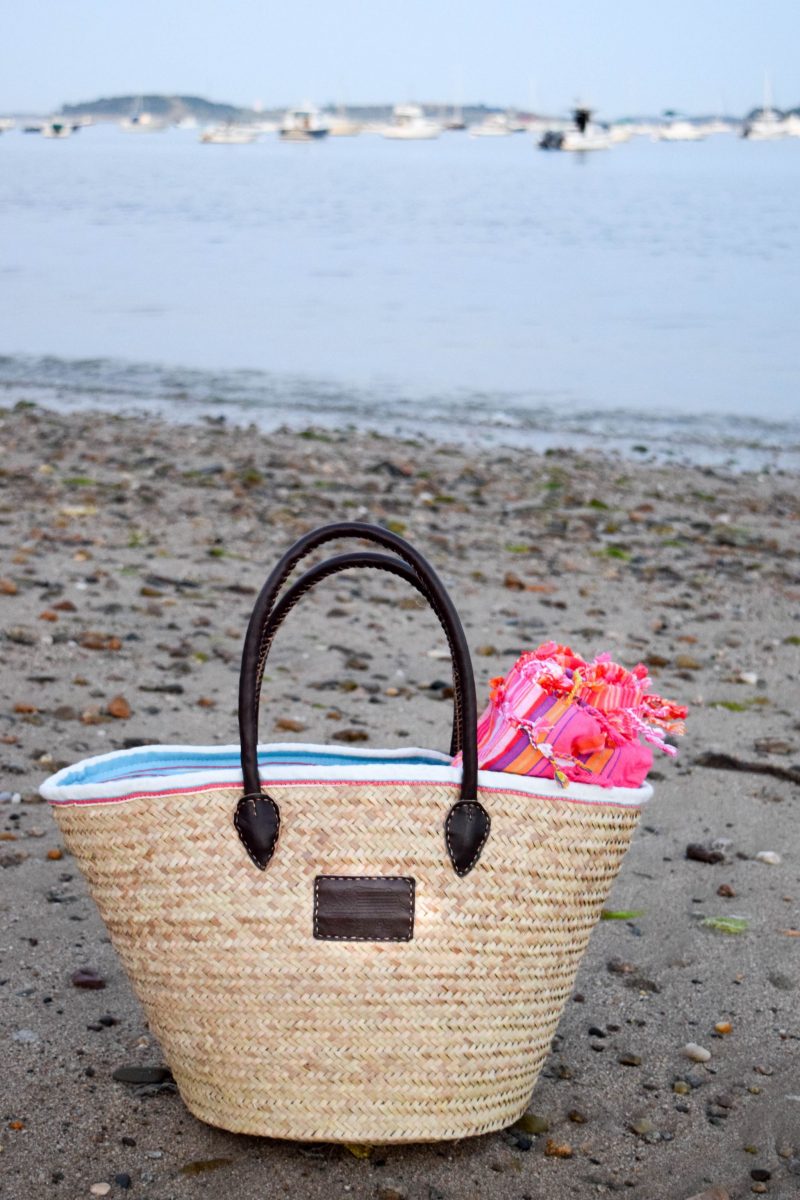 Kicking off a new week with some inspiration- today’s post is a must read if you are an animal lover, an aspiring entrepreneur or just someone who wants to learn about a cool, new brand! In this Behind The Brand feature, I’m interviewing Chris Welles, a local Boston entrepreneur who turned a once in a lifetime experience of visiting Africa into an amazing charity-based brand, American Rhino, that promotes conservation of African rhinoceros. Not only is American Rhino providing critical funds to those protecting the rhino in their natural habitat, but American Rhino also sells a number of clothing and accessories that are made in Kenya (further supporting the people in the region) that benefit the cause, too.  Chris and American Rhino are committed to better outfitting rhino rangers in Kenya’s Masai Mara to help protect the endangered animals on the ground from poachers. African rhinos on the verge of extinction due to illegal poaching and after seeing the animals himself and the lack or resources the rangers had, Chris knew he had to do something to help. And thus, American Rhino was born… 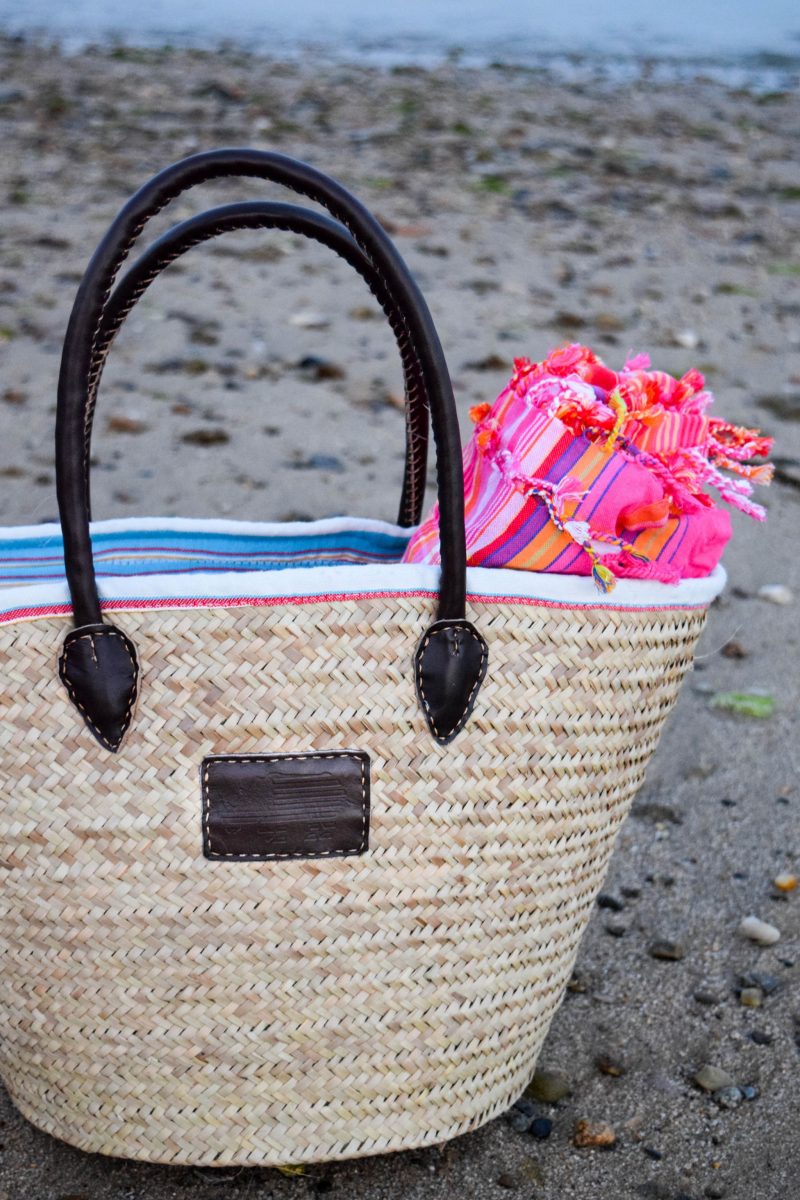 What inspired you to start American Rhino?

CW: I started American Rhino after becoming involved in a wildlife charity road race in Kenya called the Rhino Charge. We are the only American team registered in an annual event that raises funds for conservation causes. We have raised over $200,000 and wanted to do more. Starting American Rhino seemed like the logical next step in raising awareness for conservation while also developing a great brand.

How did your safari visit through Africa impact you as a person?

CW: An African safari is really a remarkable experience in so many ways. First off, to be able to spend time with these amazing animals in their natural habitat is incredible. Just to sit and watch the wildlife is so different than anything we are used to seeing. You quickly tune everything else out and enjoy the sense of being in the total wild. The other thing that makes an immediate impact is the Kenyan people and their appreciation for the wildlife and the land. It becomes very infectious and makes you have complete respect for the people and their surroundings.

CW: By wearing American Rhino clothing you are making a statement that you care about conservation and want to make an impact. We have developed a great product line that our customers are proud to wear.

Where can readers purchase American Rhino products?
CW: Readers can purchase our products online at americanrhino.com, or at one of our pop-up shops at MarketStreet in Lynnfield, MA, and coming soon to Newbury Street in Boston.

What are your favorite American Rhino products?

CW: The Kikoy pants. They are 100 percent cotton and the softest pants you ever will put on. They also look great.

Why is it important to you that your products are made in Kenya?

CW: If we are going to support the wildlife, it only makes sense to have as many products as possible made in Kenya. We are sourcing the products and supporting the people that make the goods. In addition, American Rhino wants to support Kenyan manufacturers that promote responsible manufacturing practices and ethics.

As in most small businesses or startups, entrepreneurs often state that things didn’t go exactly to plan when they first started. Did you encounter any surprises as you started American Rhino?

CW: So many!! Developing a supply chain in Kenya has been quite a challenge. We are working with companies halfway around the globe and designing products for an American market that is much different than Kenya. Little things like correct sizing, making products a little larger due to shrinking….we learned that the hard way. Trying to figure out inventory on initial orders and guessing which products will be good sellers. Finally, getting the word out on a new brand that the public has never heard of is not easy.

What do you think makes a successful entrepreneur?

CW: There will be all kinds of reasons not to start a new company and many people telling you all the reasons why it won’t work. You have to unequivocally believe in the yourself and the company. Certainly ask for advice and listen to recommendations, but have the confidence in yourself that you can do it.

Where do you see American Rhino in five years?

CW: A leader in supporting conservation through a world class brand. Our customers continue to be proud to be an American Rhino!

Thanks to Chris for sharing more about American Rhino and allowing us to go Behind The Brand. Below is a photo of Chris helping to outfit a rhino ranger with gear from funds raised through American Rhino. Be sure to check out this exciting non-profit and brand via their website or at MarketStreet Lynnfield  and soon-to-be at Newbury Street for local readers! 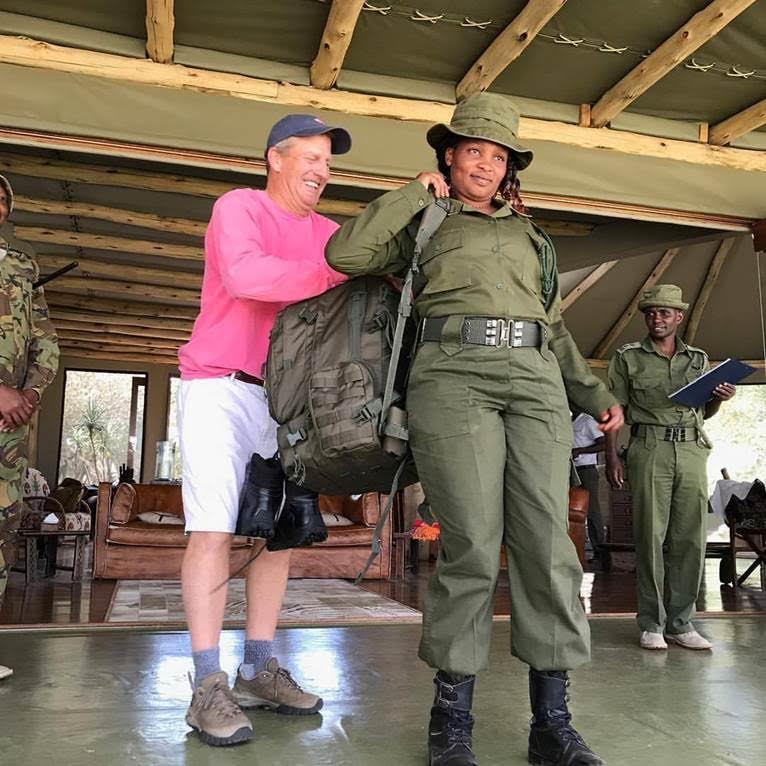