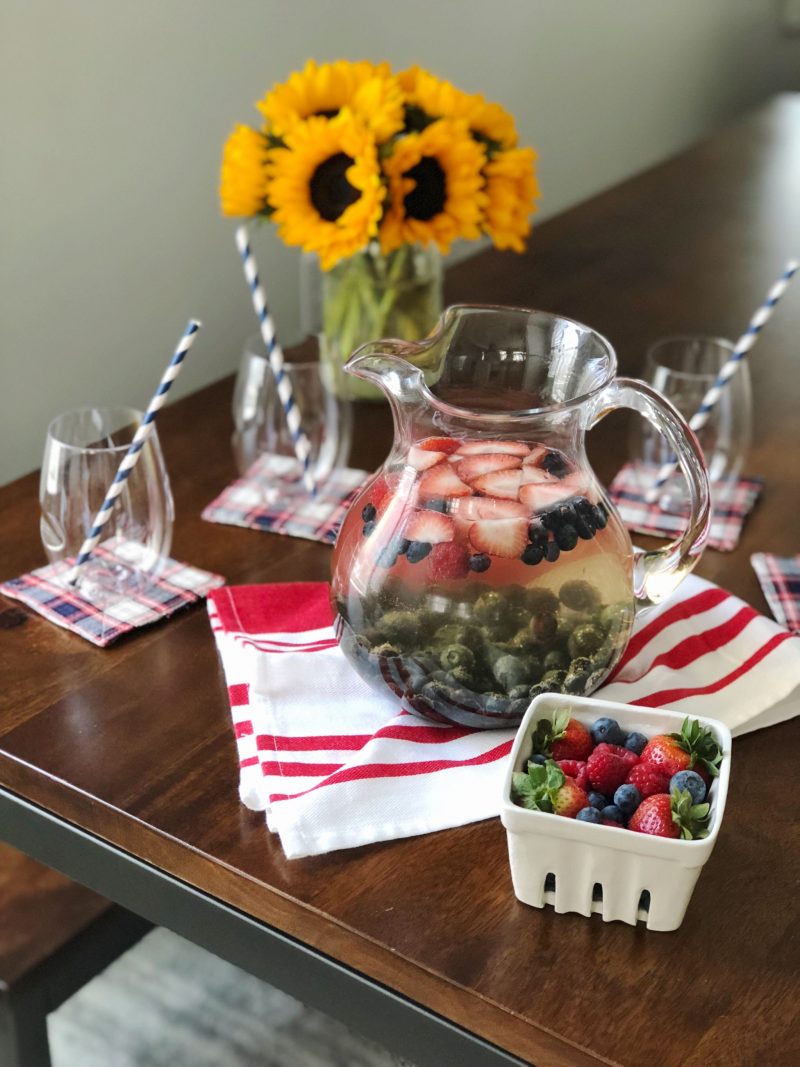 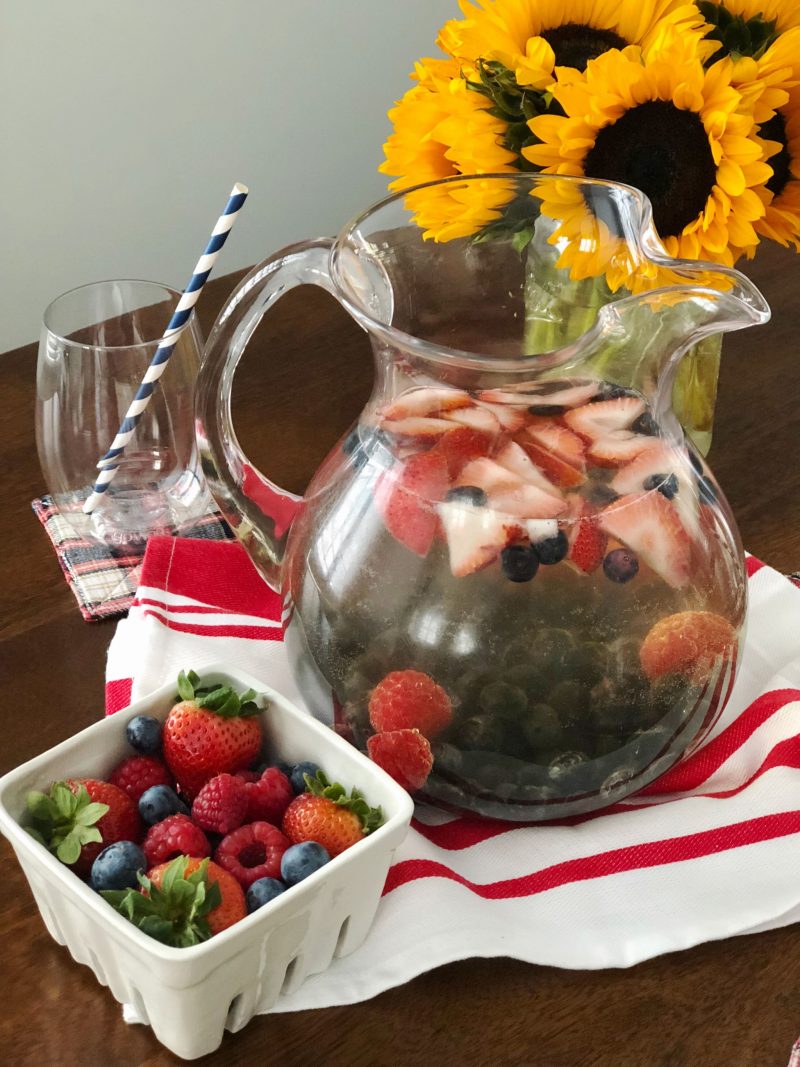 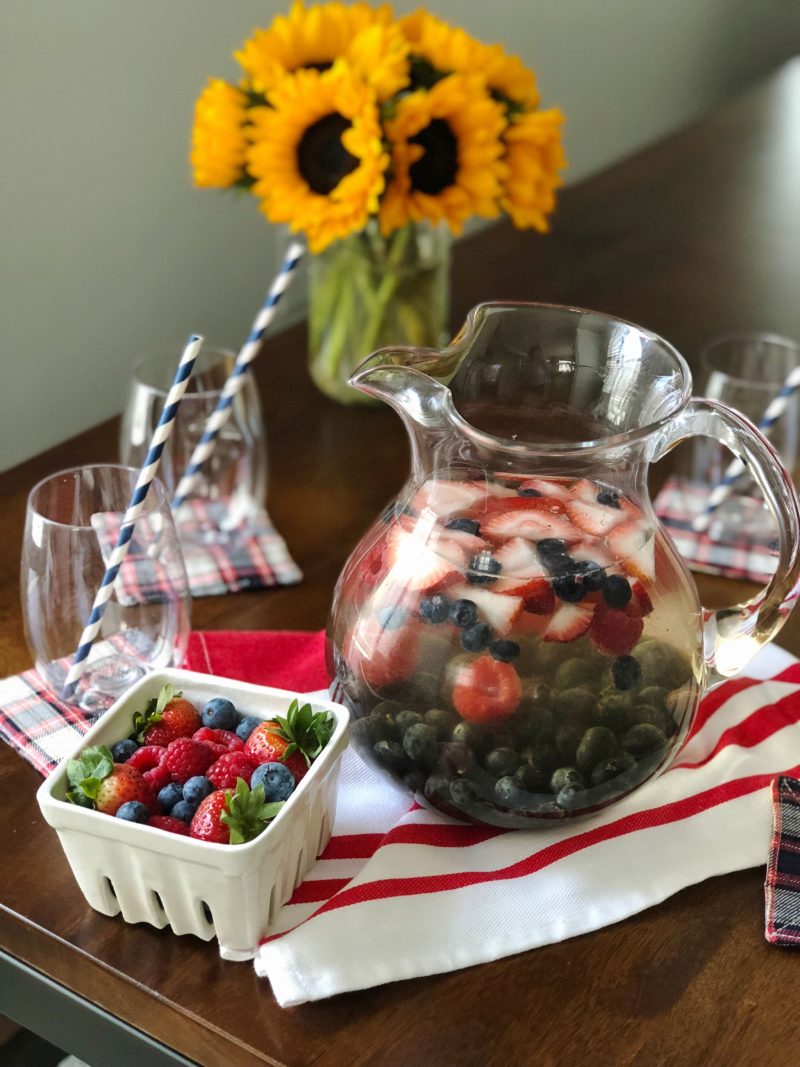 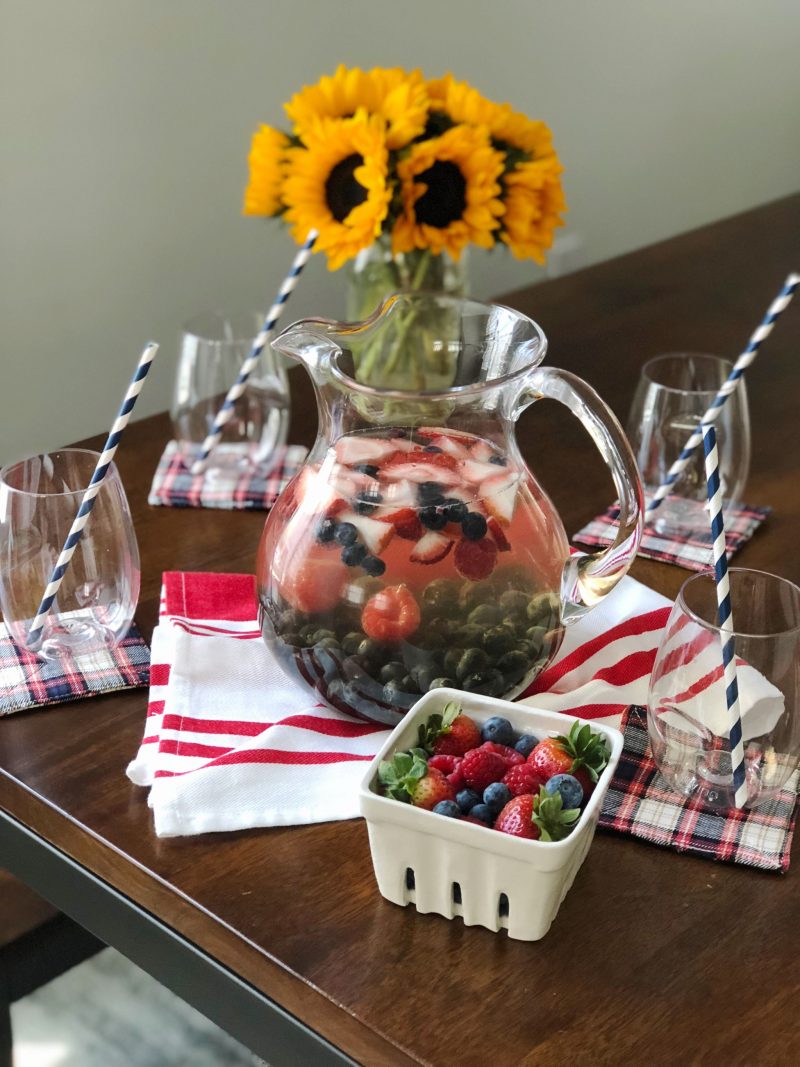 It’s Fourth of July week- yay! One of the best weeks of the year in my opinion and we are down in New Jersey at my parents’ place at the beach to celebrate with the whole family.

Typically MJD and I fly down from Boston and it is a super short hour flight. Well this year with Nicholas, flying wasn’t really an option! So yesterday we loaded up the car and took to the road with our six week old for the ride from Boston to NJ. Nicholas was SO good during the ride and slept most of the driving time.

Of course We made a stop along the way to feed him, change his diaper and use the bathroom. The stop was kind of a comedy of errors. We pulled off on a random exit because we knew if we waited much longer there wouldn’t be any where to pull off. Well we get off the highway and were looking for someplace to go the bathroom- the McDonald’s we looked up online was closed, as was the gas station next door. We then found a deli and a CVS who both said their bathrooms were out of order. Finally we found a Starbucks and were able to stop there! Thank goodness for coffee I guess- plus their bathroom was nice and clean and had a changing table! Win! While we both were a little frustrated by how long our quick stop took, it helped us avoid any rush hour traffic near NYC as we were basically stopped during it all. Lucky for us our first long car ride with Nicholas was a big success!

Now if it hadn’t been- because can you imagine six hours in the car with a screaming baby- a glass of this sangria would have made things much much better after arriving. This recipe is super easy and since I am only posting it the day before the Fourth- trust me it works as a last minute Fourth of July cocktail! The combination of strawberries, raspberries and blueberries is super festive but it’s light and refreshing for any summer celebration regardless of the colors. So whip up a quick pitcher of my Red, White and Blue Sangria and say cheers to the Fourth of July and easy road trips!

I’m wondering with the Fourth on a Wednesday did you celebrate the weekend before, the weekend after or the whole week?

One bottle white wine of your choice

In a pitcher, add all prepared fruit.

Slightly muddle the fruit by stirring with a long spoon. You want the fruit to be just a little smushed so the juices add to the wine, but still intact to look nice in your glass.

Pour bottle of wine into pitcher over fruit.

Refrigerate and let sit for 30 minutes.