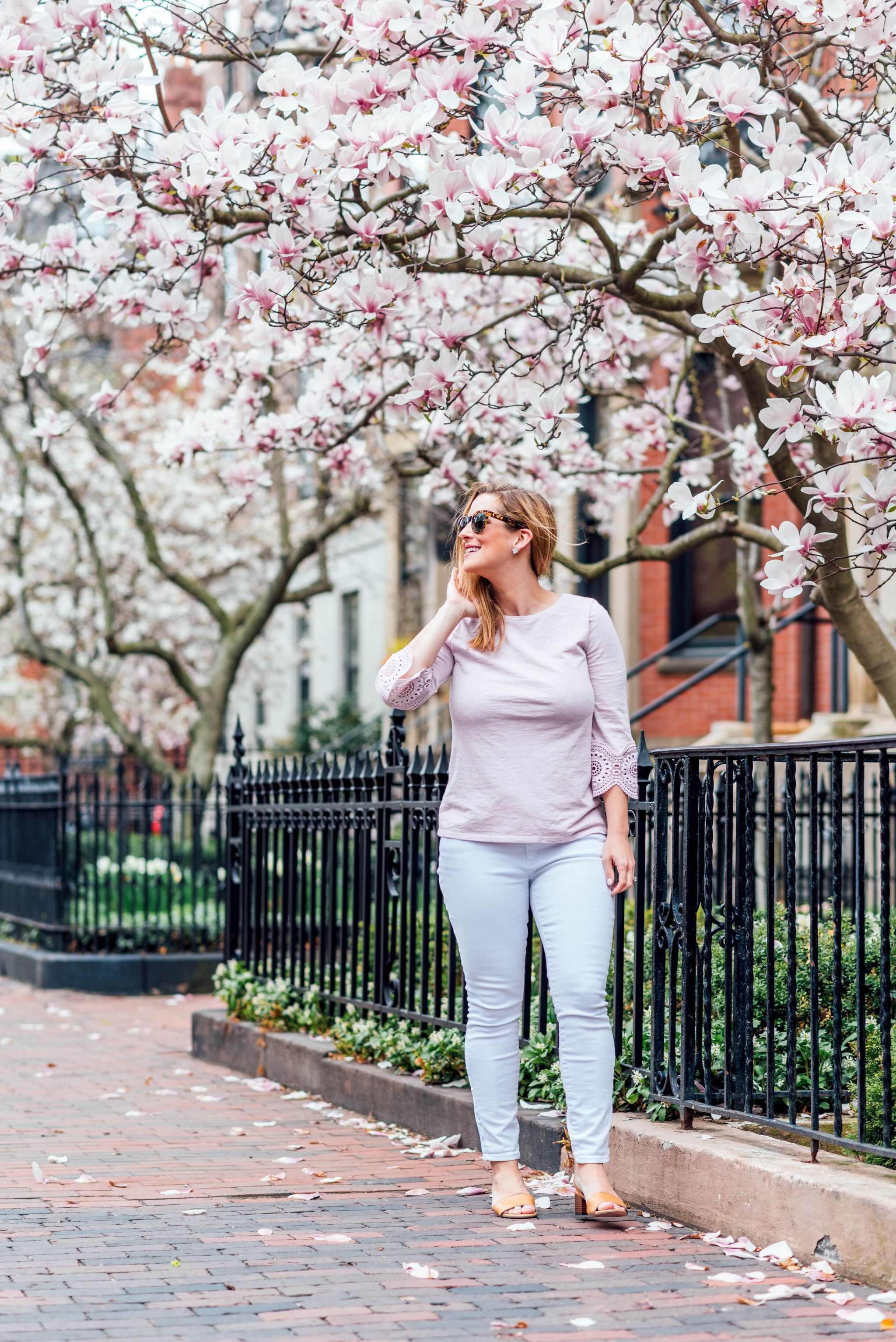 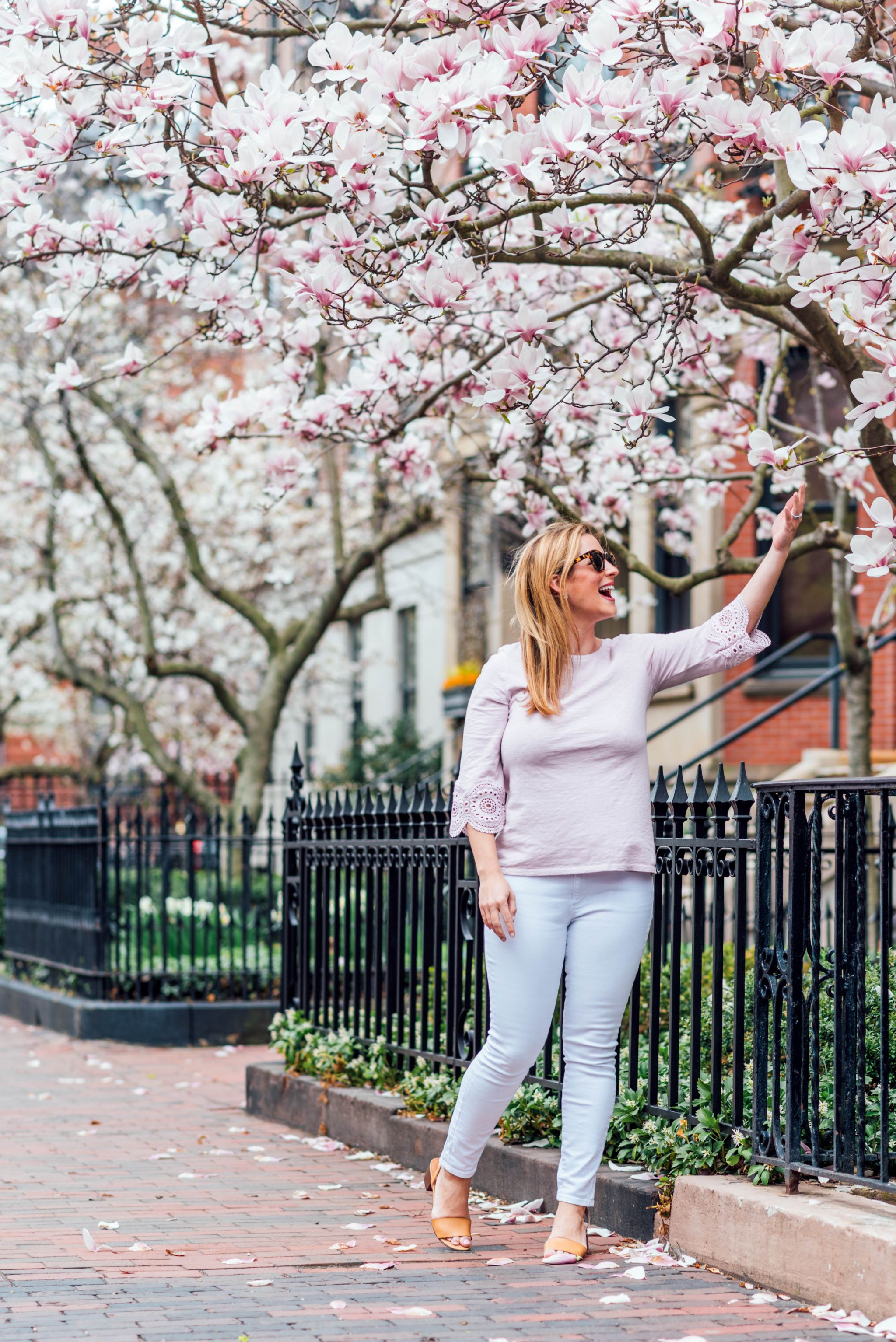 If you’ve been reading along recently, you know I’m making more of an effort to talk about something “meaningful” as opposed to just singing the praises of my outfit when I share style related posts. You know how there are random fads that happen on social media for whatever reason and take off? Recently there’s been the ten year challenge were people have been sharing a picture of themselves from ten years ago compared to today. Kinda fun, but also I’m not excited about seeing how much I’ve aged 😉 I’m not sure if it was in the spirit of this, but Grace and Becca from Bad On Paper podcast recently did an episode looking back ten years ago and where they were, comparing their 20s to their 30s. I love their podcast and I thought how fun would it be to reflect myself on ten years ago- also fun to share with all of you since it was pre-blogging :)!

Where Was I Living: Well, actually was living in Southie (South Boston) just a few blocks away from where our condo is now. I was living with two of my closest college girlfriends- we graduated in 2008 so this would have been our first place post-college. I remember my parents first being shocked that we were going to live in Southie and then secondly thinking we were crazy for living in a place without a dishwasher and laundry. It’s really funny living so close to my “first” apartment now- I walk by it almost every day going to the park with Nicholas!

What I Was Doing: I was in my first year of a human resources rotational program with a technology company. This was the job I was dying to get out of college and was so excited when I got it. Early 2009 I had seen some serious stuff with the economic downturn especially working in HR. I learned so much and definitely think rotational programs are awesome for recent graduates!

My Social Life: My social life as a 22 year old definitely looks quite a bit different than my current social life. I’d say most weekends were spent going out to bars and occasionally going out to dinner with girlfriends. I think our favorite bar to go to was Dillon’s- will have to fact check that one, but I have a lot of memories from there. Some of my fave memories from 2009 with girlfriends was a long weekend trip to Newport and then celebrating my birthday in NYC with both my high school and college girlfriends. Definitely took either the Bolt or Mega Bus down to NY… you couldn’t pay me to do that now, but at the time was totally fine with doing it to go visit my best friends there.

My Love Life: At 22, I was single and still about a year away from even meeting MJD (we met in late March of 2010). My college boyfriend and I broke up at the end of 2008 and like most break ups at the age of 22, it was a bad one. I was devastated about it and remember feeling really lonely as both my roommates had boyfriends and I felt sad about being dumped. It’s funny because I know my mom told me several times I would meet someone new and while being single for a year felt like forever at 22, a year doesn’t sound like that long anymore!

My Favorite Things: My favorite TV shows were Gossip Girl and American Idol. I was completely obsessed with the Twilight Series and remember literally staying up all night to read the books (PS-I was Team Jacob)! I also went to the midnight showing of the movie 🙂 #nerdalert I think the Taylor Swift album Fearless was my life soundtrack. Oh and the Wicked soundtrack. Writing this is making me wonder how I had friends (kidding!)

What I Thought I’d Be Doing: At the risk of this sounding really lame, I actually am pretty close to where I thought I’d be if you had asked me ten years ago what I’d be doing at 32. I may have said I’d have more than one kid and that I was living in the suburbs… But in general, I always knew I wanted to have a family and hoped I had the chance to be home with any kids, so I am feeling really lucky to be doing that!

It’s so funny how looking back some things are the same that I wouldn’t have predicted- definitely wouldn’t have thought I was living in Southie in ten years if you asked me at 22! While lots of things are obviously different from being a 22 year old single gal starting her career to a 32 year old wife and mama, it means a lot to have so many friendships that have spanned the years and been there through it all. Oh and other things that haven’t changed- my love for teenybopper tv shows (Riverdale anyone?), young adult books (how about The Thousandth Floor series?) and catchy pop music (I love the new Taylor Swift song, Me).

Ps- thanks to the Bad On Paper Podcast for the inspiration for this post- if you want to listen to their episode on the “10 year challenge”, it is Episode 54 (Your 20s Vs. 30s).