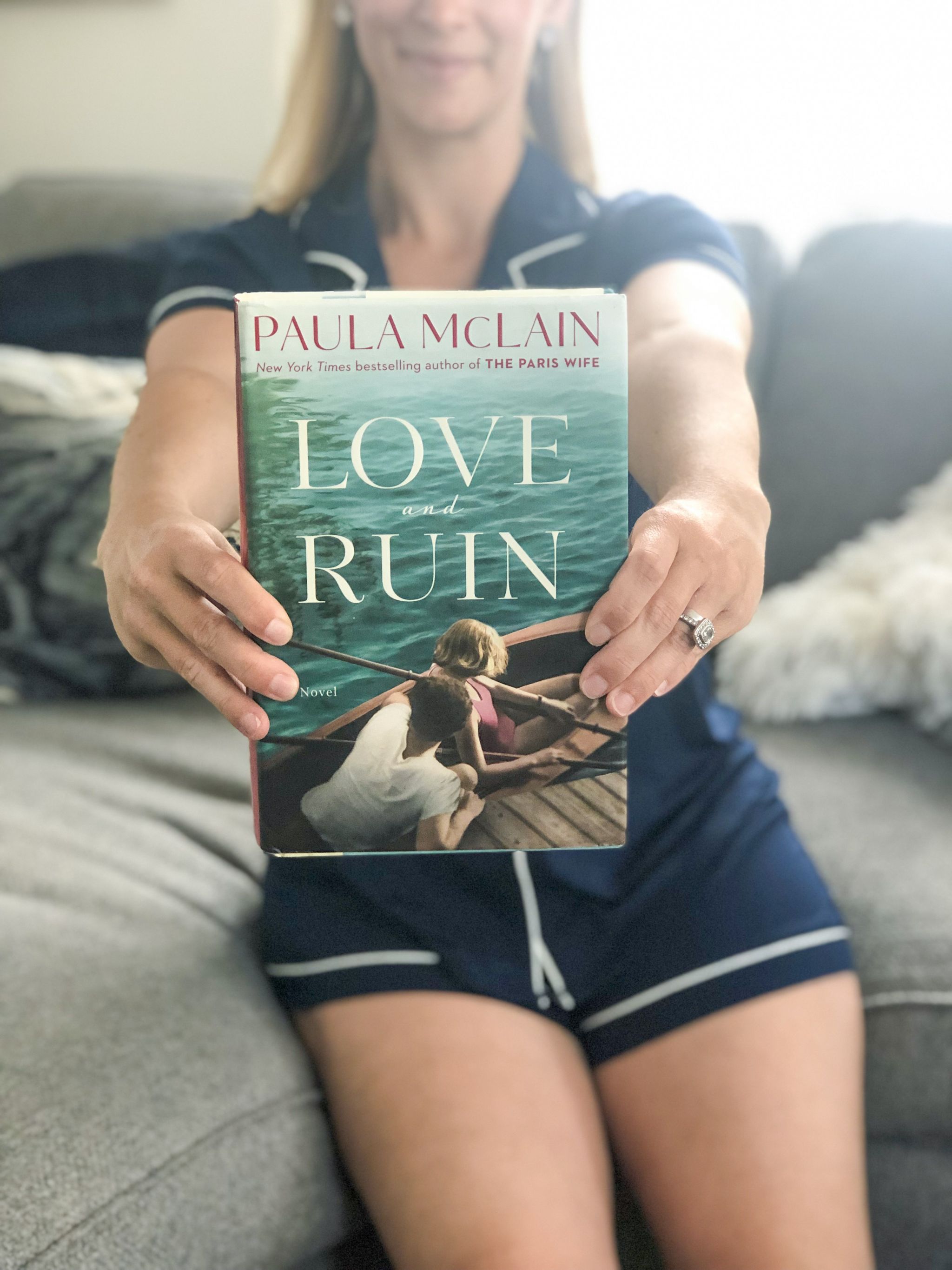 I haven’t done a reading round up in quite a while, but I’ve checked a whole bunch of books off my reading list recently that I couldn’t wait to share with you! I loved each and every one of these books for different reasons and would recommend all of them. If you only pick one though, I think I’d have to pick Daisy Jones & The Six- totally obsessed!

Besides the books, doing a quick PSA about the PJs in this pic. They are a dupe for my fave Nordstrom pajamas that I saw when walking through Target one day. If you’ve been into them before, these are only $22 so a bit more affordable of an option. I’ve only washed them once so far so I can’t speak to the long term quality yet, but I’ll keep you posted!

Now on to the books…

The Proposal– If you read The Wedding Date, you have to read Jasmine Guillory’s next book! A super cute romantic read that starts with Nikole getting a surprise proposal on the screen at the Dodgers game. After she says turns down her boyfriend, Carlos, another guy in the crowd comes to her rescue. What they thought was a random run-in turns into more as they keep coming back to each other.

The Summer Wives– The Summer Wives tells the story of Miranda who arrives on Winthrop Island both in 1951 as a high school girl for her mother’s wedding and finally returns again in 1969. The book is filled with romance, family drama and a little mystery all set on a New England island. As an outsider who is becoming an insider through her mother’s marriage to one of the wealthiest men on the island, Miranda is encountering the dynamic between the wealthy summer families and the year round Islanders.

Daisy Jones & The Six –My fave book I’ve read this year and if you only pick one from this list, this is the one! Told as an interview of the band members, Daisy Jones & The Six follows a 70’s rock band through their rise to fame and everything that comes along with a band in the seventies- like drug use, groupies, band romance and more.  Reese Witherspoon has already picked up the film rights to this so you know it is one you want to read!

A Gentleman in Moscow– This book is beautifully written and taught me a lot about Russian history that I was definitely ignorant about before reading. While it is a beautifully written book, there isn’t too much “action” that happens so if you prefer fast moving plot lines, I’m not sure this read is for you. A Gentleman in Moscow tells the story of Count Alexander Rostov who is sentenced to house arrest in the Metropol Hotel. While he is under house arrest for several years, Russia is changing outside and you’ll learn more about that through his view.

Love And Ruin– I posted that I was reading this book from the author of The Paris Wife on IG stories and got a ton of responses asking how this book was. As a historical fiction lover, I loved this book which followed war journalist turned novelist Martha Gelhorn through her trips to Europe during the war where she started an affair with Ernest Hemingway and then onto Cuba where her and Hemingway live together. I loved The Paris Wife a bit more- I love Hadley- so if you haven’t read that yet, I’d recommend it first. If you’ve already read The Paris Wife, definitely pick up Love And Ruin. Martha is an extremely independent woman, so I really liked reading about her relationship with Hemingway and comparing it to the one storied with Hadley in The Paris Wife.

What have you been reading this summer? Leave a comment below with your recommendations!