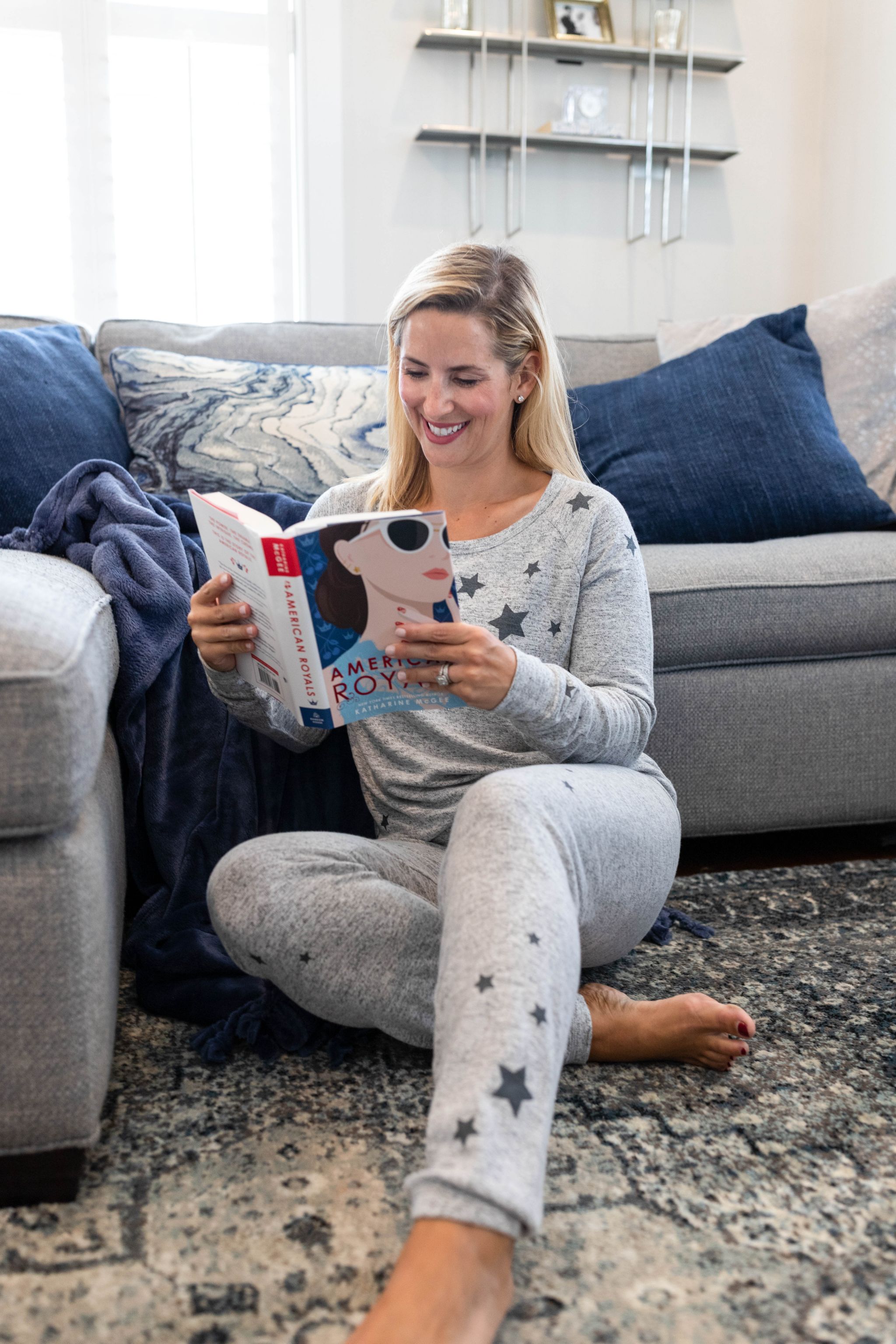 When I sat down to start writing this reading round up, I didn’t think I had so many books to share! Then I realized I never shared the books I read in August too, so we’ve got a few month back up of books here!  I’ve been talking to everyone I know that read it about Where The Crawdads Sing and also The Great Alone so if you read them let’s chat! I need to talk about them more!

Also a friendly PSA if you live in Boston- you may be on a long waiting list to get some of these popular books, but stop in to your local branch and check out their Lucky Day collection! The Lucky Day collection is a bunch of popular new releases and the copies cannot be put on hold. You can borrow the books just for two weeks, but I was able to get both Crawdads and The Great Alone by just stopping in to the library! I basically check the Lucky Day shelf at our branch every time we go now just to see what’s available 🙂 Now on to the books…

Where The Crawdads Sing– LOVED this book. Part mystery, part coming of age, part love story. Kya, the Marsh Girl, has lived alone in the marsh outside of town for years, isolated from her neighbors and society. When popular and handsome Chase Andrews is found dead in the marsh, the locals suspect the Marsh Girl. The book tells both the story of the investigation into Chase’s death as well as Kya’s life growing up in the marsh. I stayed up late to read and finish this book and to me that is a great sign of how good it is!

The Great Alone– Another book I stayed up late to read because I couldn’t put it down. Leni’s dad decides to move his family to Alaska when his Vietnam war friend leaves his home to him. The family arrives in Alaska and it’s so much more remote than they anticipated. Not only is the family in a strange new and remote place, but Leni’s father is continuing to experience PTSD and flashbacks from the war. And this is all before winter comes… This book was amazing and super powerful with messages about family, resilience, love and survival. After The Nightingale, I loved Kristin Hannah’s writing and now I am even more obsessed!

The Tattooist of Auschwitz– A powerful novel based on a TRUE story which I had no idea until I started reading it and it made the book even more compelling. Lale arrives at Auschwitz in 1942 and shortly after he arrives he becomes apprentice to and then the tattoist at the camp. Day by day he tattoos his fellow prisoners as he struggles to survive and live with himself for doing this job. One day he tattoos a beautiful young woman named Gita- he falls in love with her instantly and vows both to himself and Gita to survive and marry once they leave the camp. The novel follows their story of survival and love in an unimaginable situation.

All We Ever Wanted–I always enjoy Emily Giffin’s books so downloaded this one when I was browsing for a book before vacation. It was more of a page turner I thought than some of her past books and I loved it, but it definitely made me think too. Nina Browning, the main character, is married to one of the richest men in Nashville who she has been feeling more and more distant from. Her son Finch goes to an elite private school in town and has an Ivy League education ahead of him. At a party one night though some bad pictures are taken and Nina has to deal with the repercussions of her son’s involvement and the feelings she has for the other student involved, Lyla, who is quite literally from the other side of town. This book really made me think as a mother and it was a really good read.

The Idea of You– After hearing Grace and Becca talk about this book for weeks on their Bad On Paper podcast, I had to give The Idea of You a try. Solene takes her pre-teen daughter to see her favorite boy band, August Moon in concert. In a surprising turn of events, Solene makes a connection with the band’s lead singer, Hayes Campbell at the show and the book chronicles their relationship as a thirty nine year old divorcee and her twenty year old boy band boyfriend. This is definitely not a deep read, it is a guilty pleasure, but one that I had fun reading.

American Royals– If you are royally obsessed like me, you’ll love this book (first in a series!) from Katherine McGee who wrote the Thousand Floors series which was my not-so-guilty pleasure last year. American Royals is about the Washington Royal Family- yes, you read that right- the family that has been the monarch of America since George Washington became king. There’s Beatrice, the future first queen and her twin siblings, Samantha and Jefferson. The book is a fast read filled with love, scandal, family and royalty! I loved it and really thought Katherine did such a good job writing about how things could have been if America had formed a monarchy. Can’t wait for book two in 2020!

Happy Reading! What have you read over the last month?