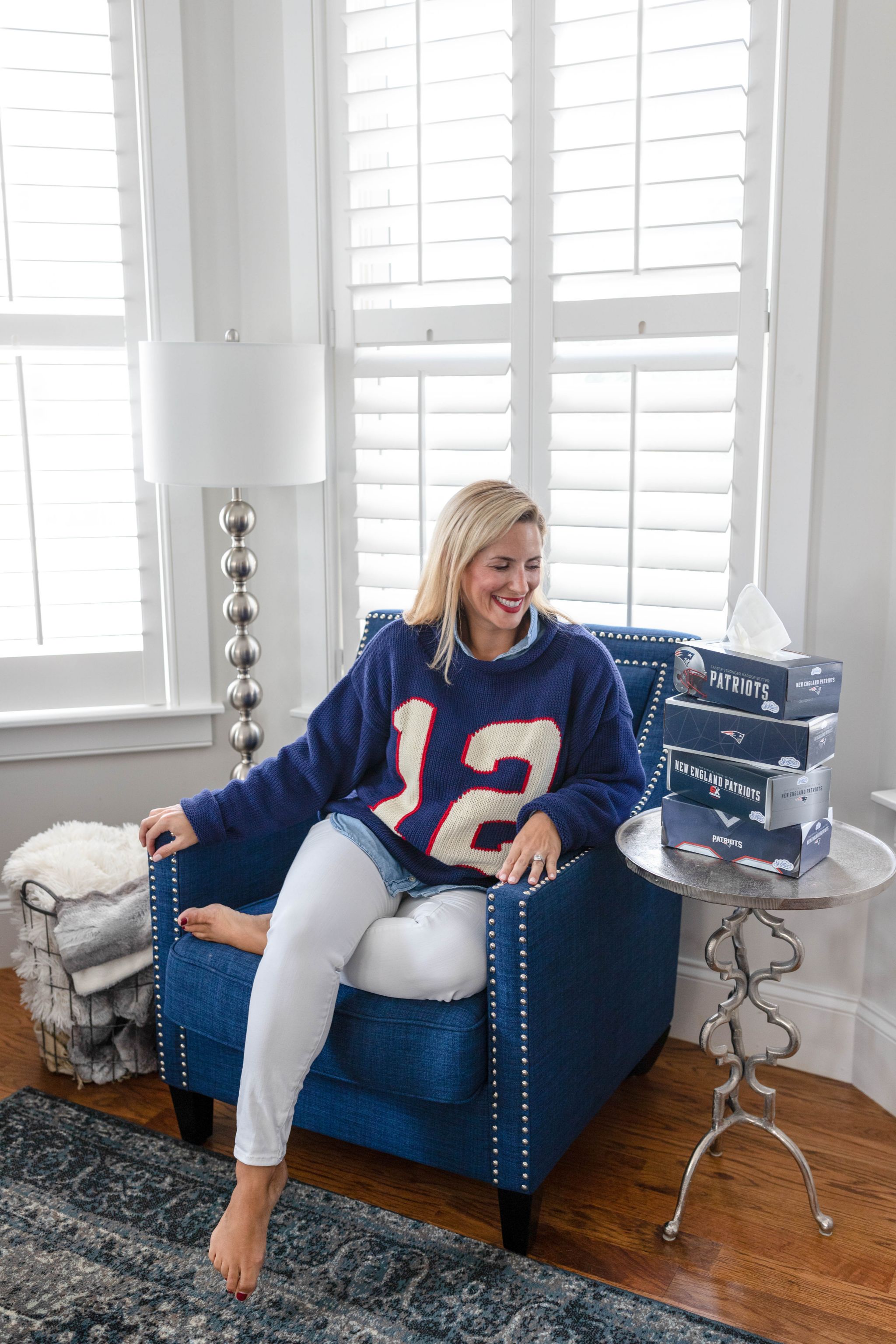 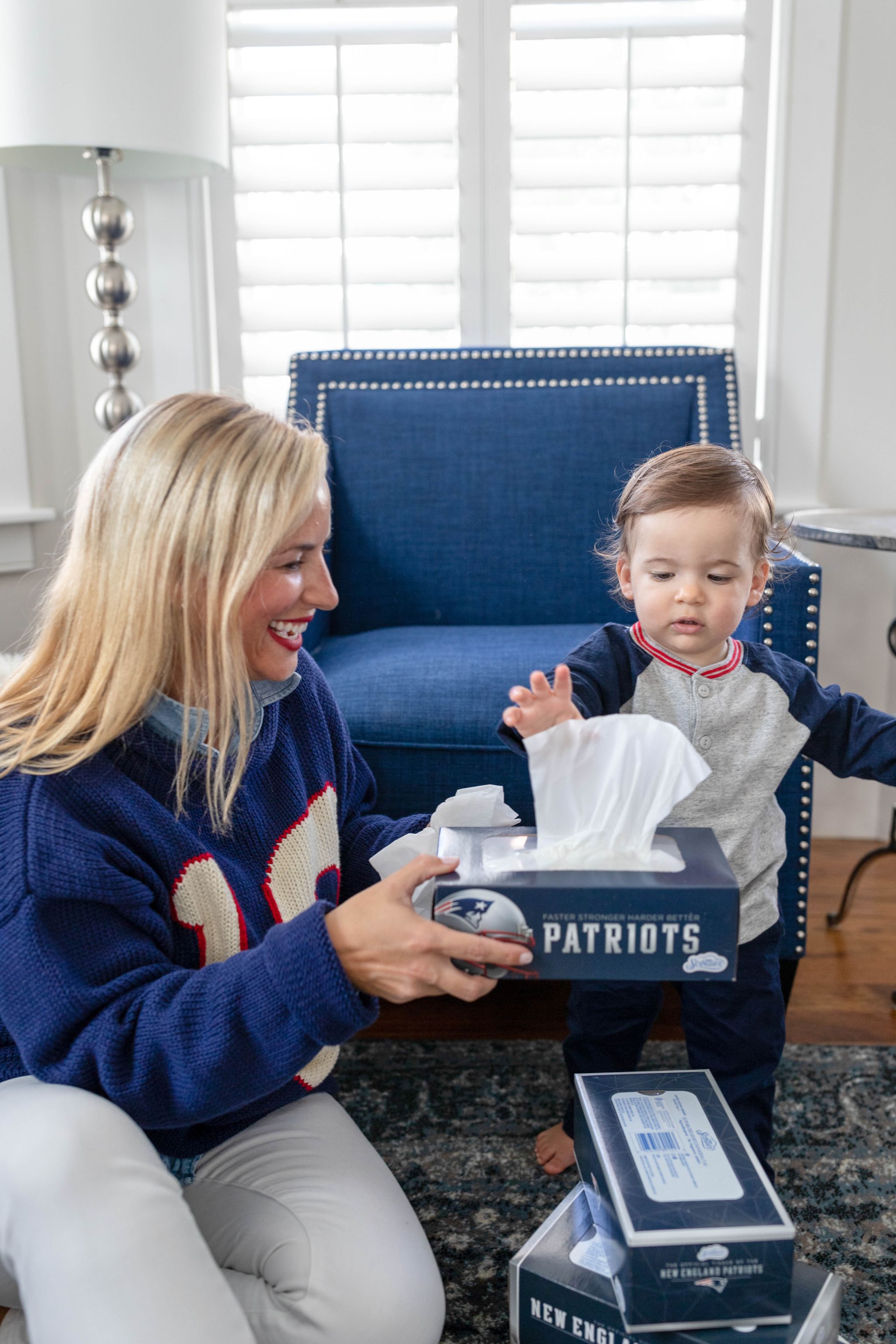 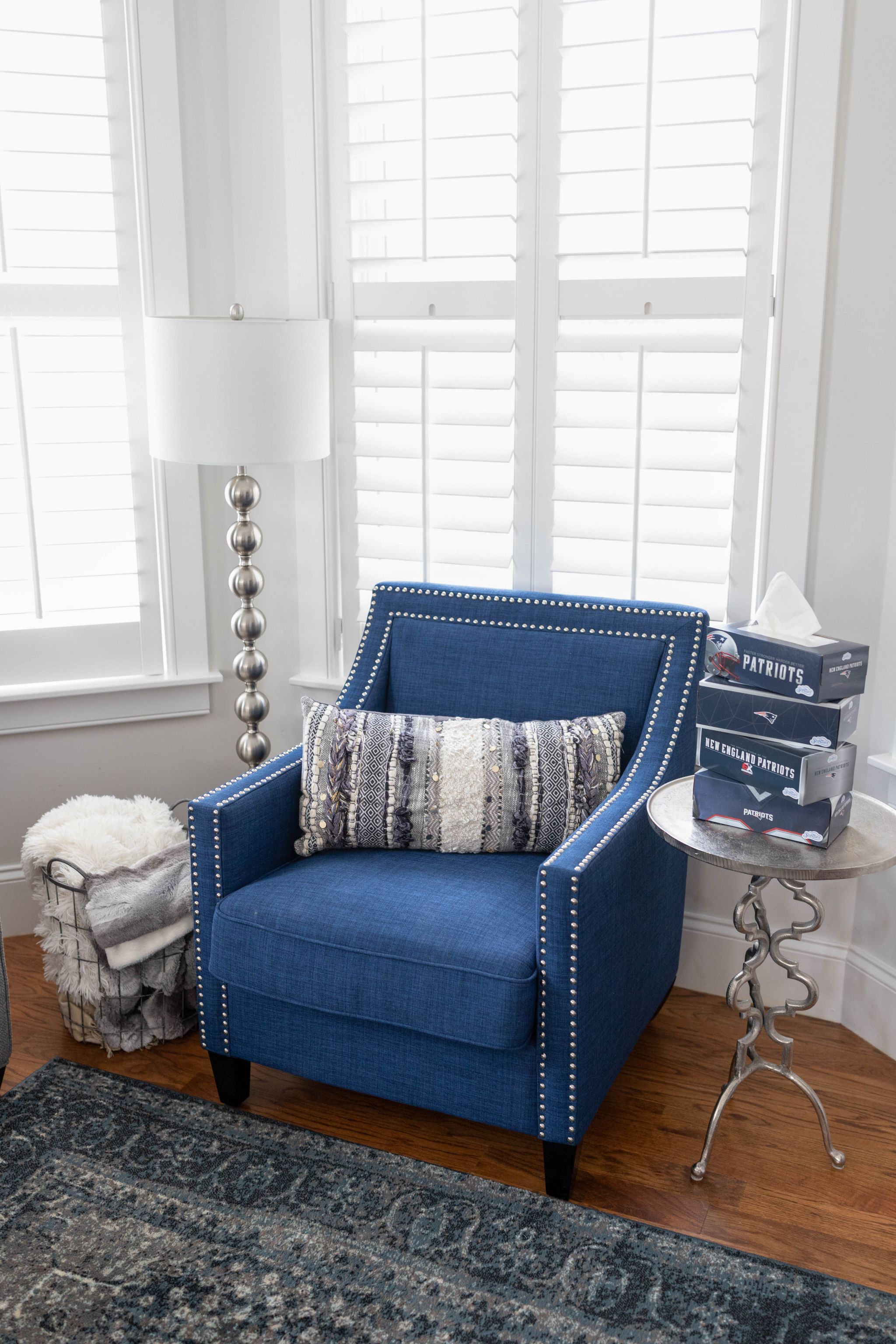 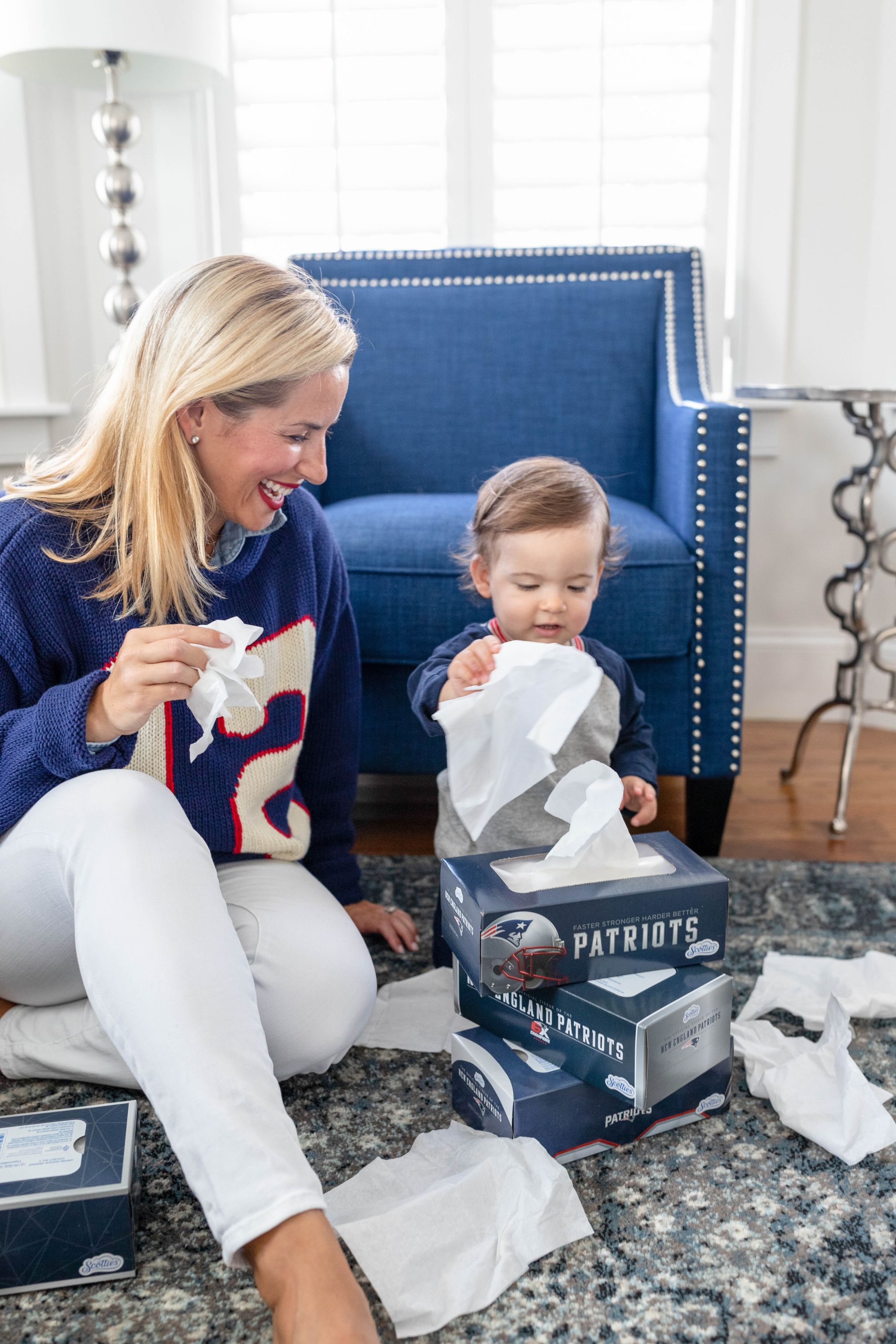 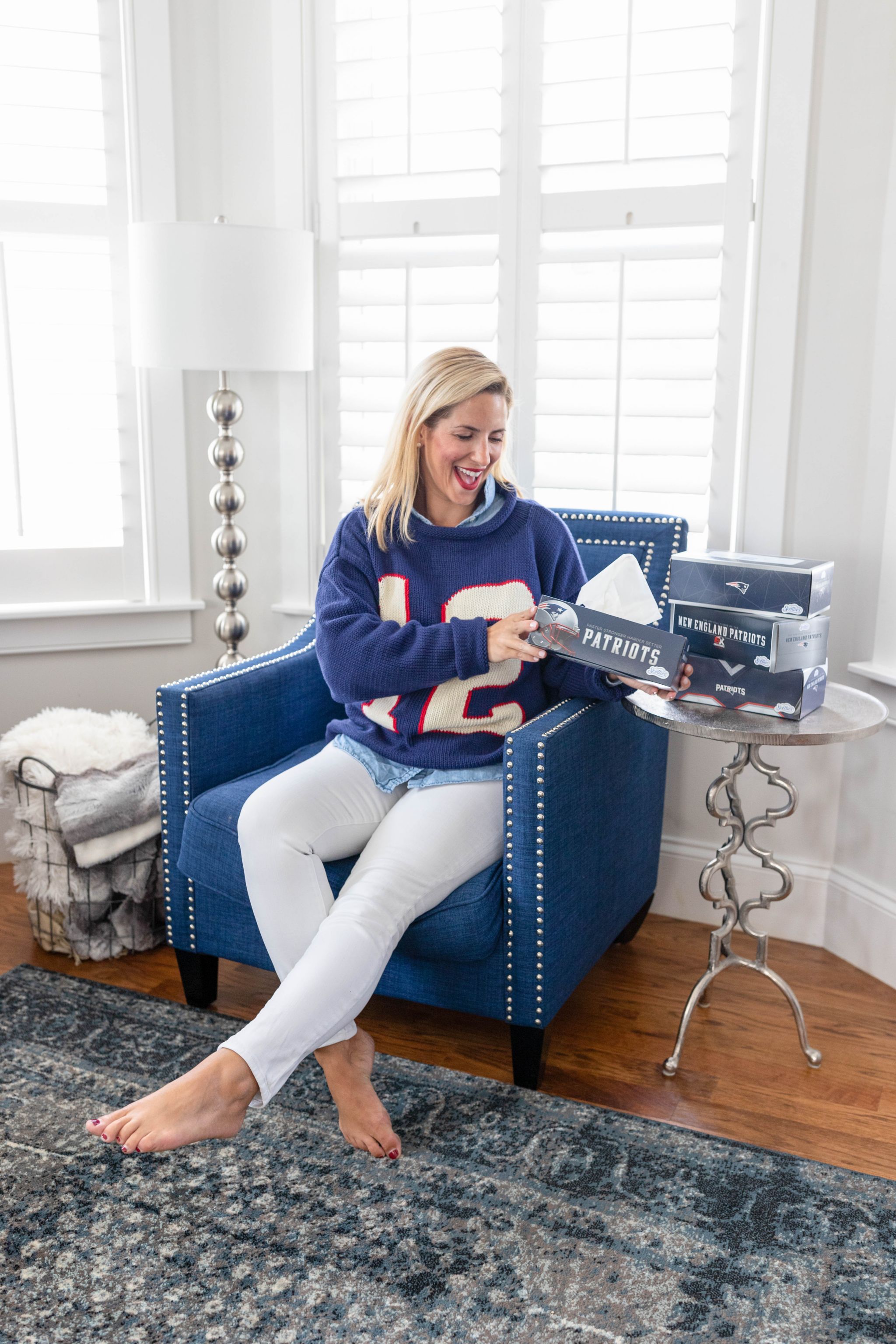 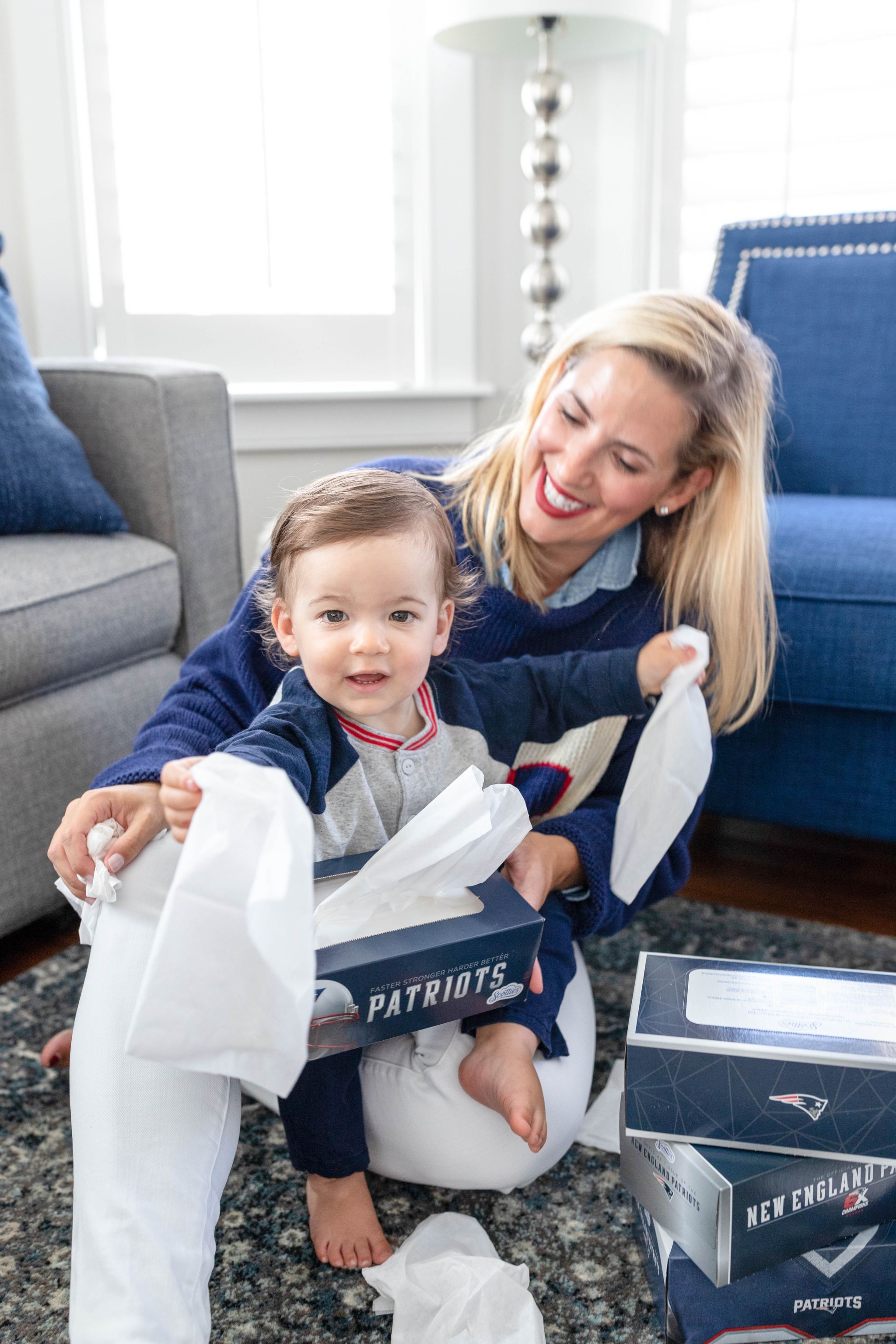 This post was sponsored by Scotties Tissues, official tissues of the New England Patriots. All opinions are my own.

If you live in New England, there’s about a 99% chance that you are a Patriots fan. Whether you grew up loving the Patriots like MJD did or you started cheering for them when you moved to the area because it was more fun (me during college) or you adopted the team because your significant other loves them (also me), Patriots fans love their team! I’m kind of underselling my Patriots fandom though, even though I grew up in the Philadelphia area, I did have a crush on Drew Bledsoe back in the day. I had some interesting childhood crushes but can share those another time 😉

While Patriots fans love their team fiercely, I don’t think I know many fans that decorate their home in Patriots decor with the exception of a man cave or sports room. I do know a lot of people that wouldn’t mind adding a little touch of that Patriots six time Super Bowl Champions to their home though! What is awesome is that Scotties Tissues, the official tissue of the New England Patriots and a brand so many of us love, is letting us Pats fans do just that! Their limited edition tissue boxes are both festive for Pats season and functional. Scotties is offering four distinct designs so fans can choose their favorites (I’m partial to the box that calls out our six championship wins!) or swap out each week for your viewing parties and tailgates. While the branded tissue boxes add a little style to your home, Scotties Tissues are an essential for fall when those change of season colds start coming around. You can stealthily keep one out at your parties to encourage your sniffly friend to use ;). If you’ve ever attending a Patriots game once it gets to be the cold part of fall, you know these tissues are a necessity for a tailgate too.  No way you could bring a plain tissue box to that! Besides the traditional use for tissues- you know for your nose- you can also be guaranteed these Scotties Tissues boxes make for a fun time for any curious little ones as well as you can see from the pics. Nicholas had so much fun helping me use the tissues and I love that they are super soft and gentle on his skin!

If you are a New Englander and a Patriots fan yourself, head over to Scotties to get a coupon for the limited edition boxes plus a chance to win Patriots tickets! Only stipulation is that if you win, you have to bring me 😉