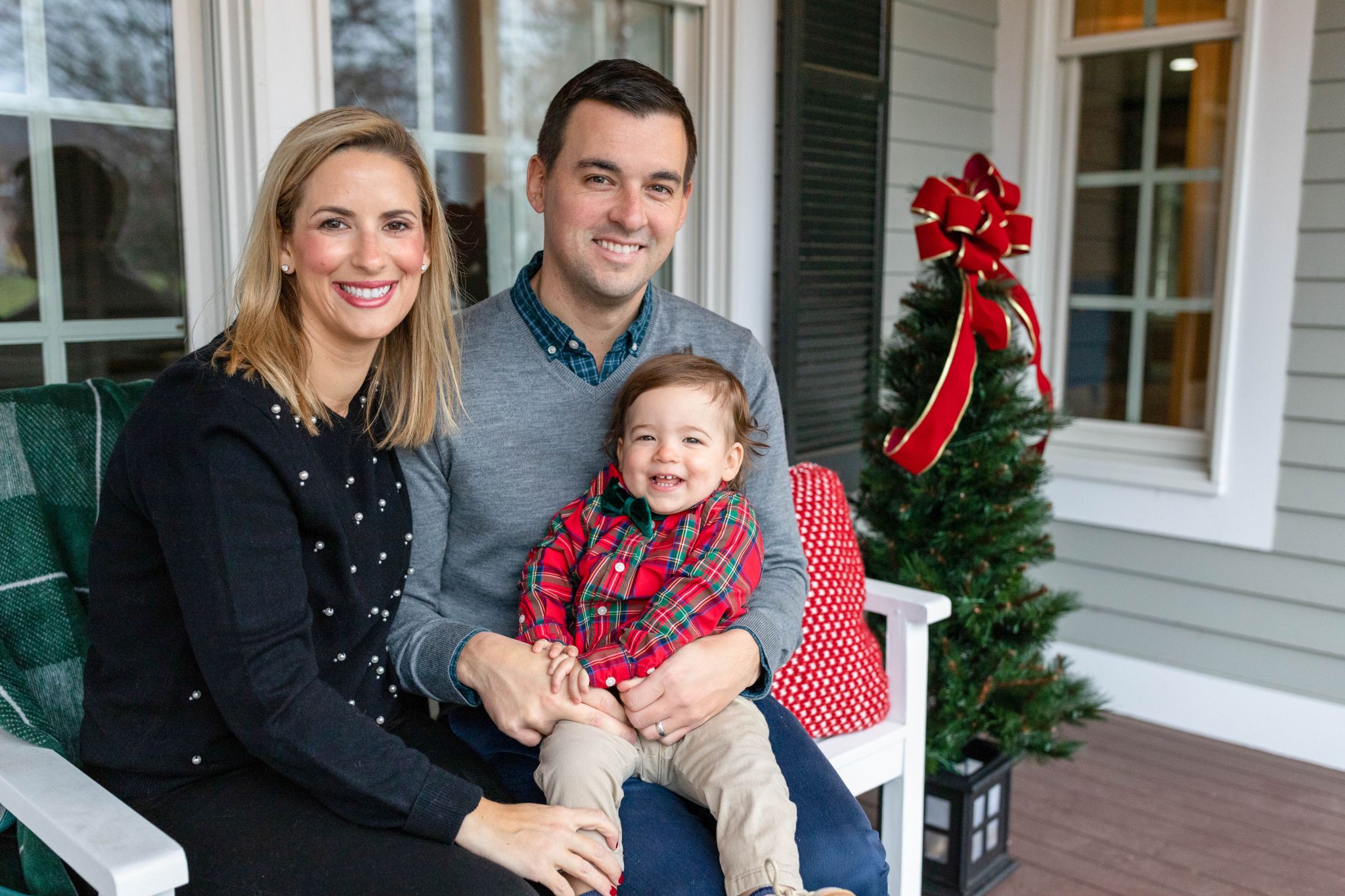 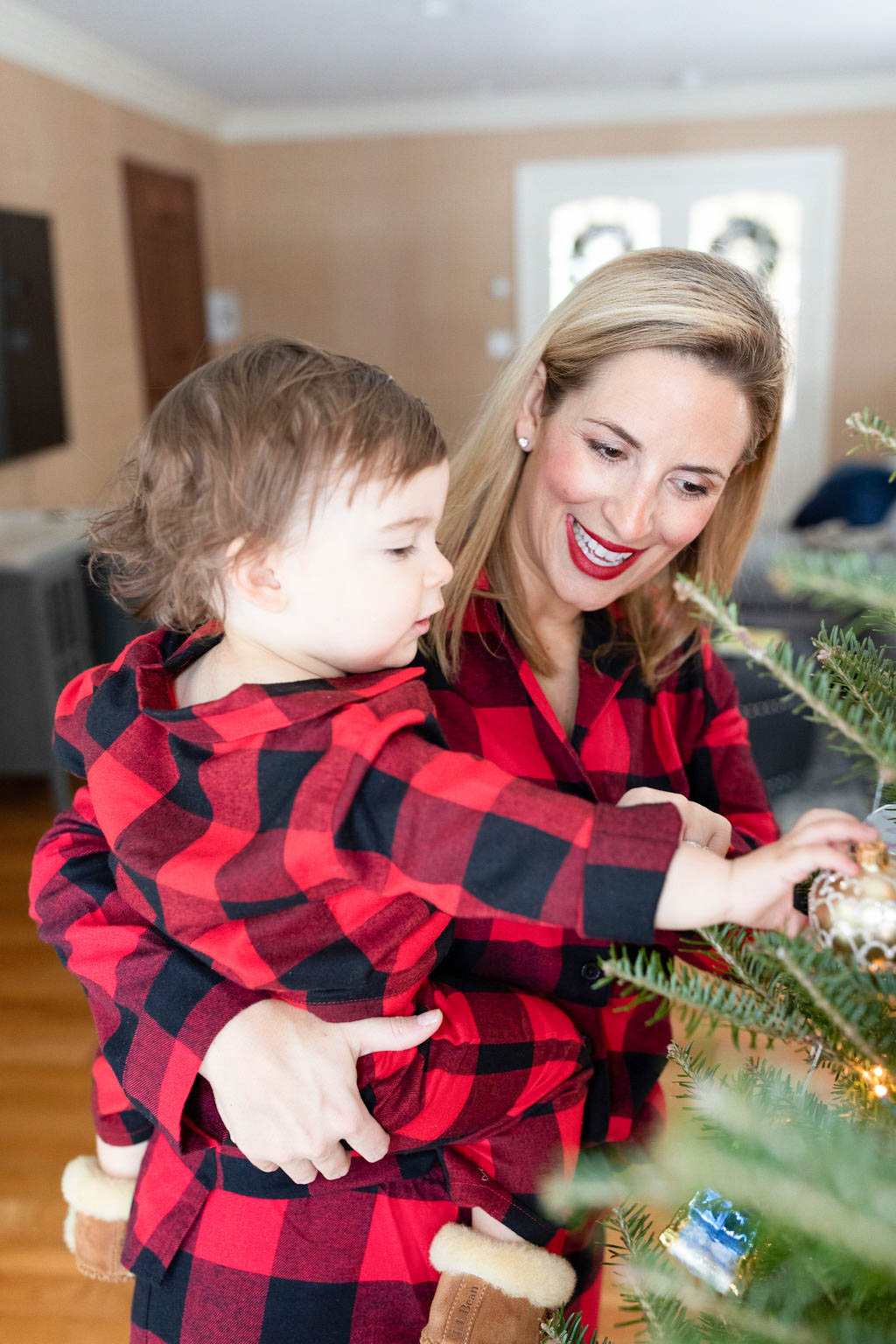 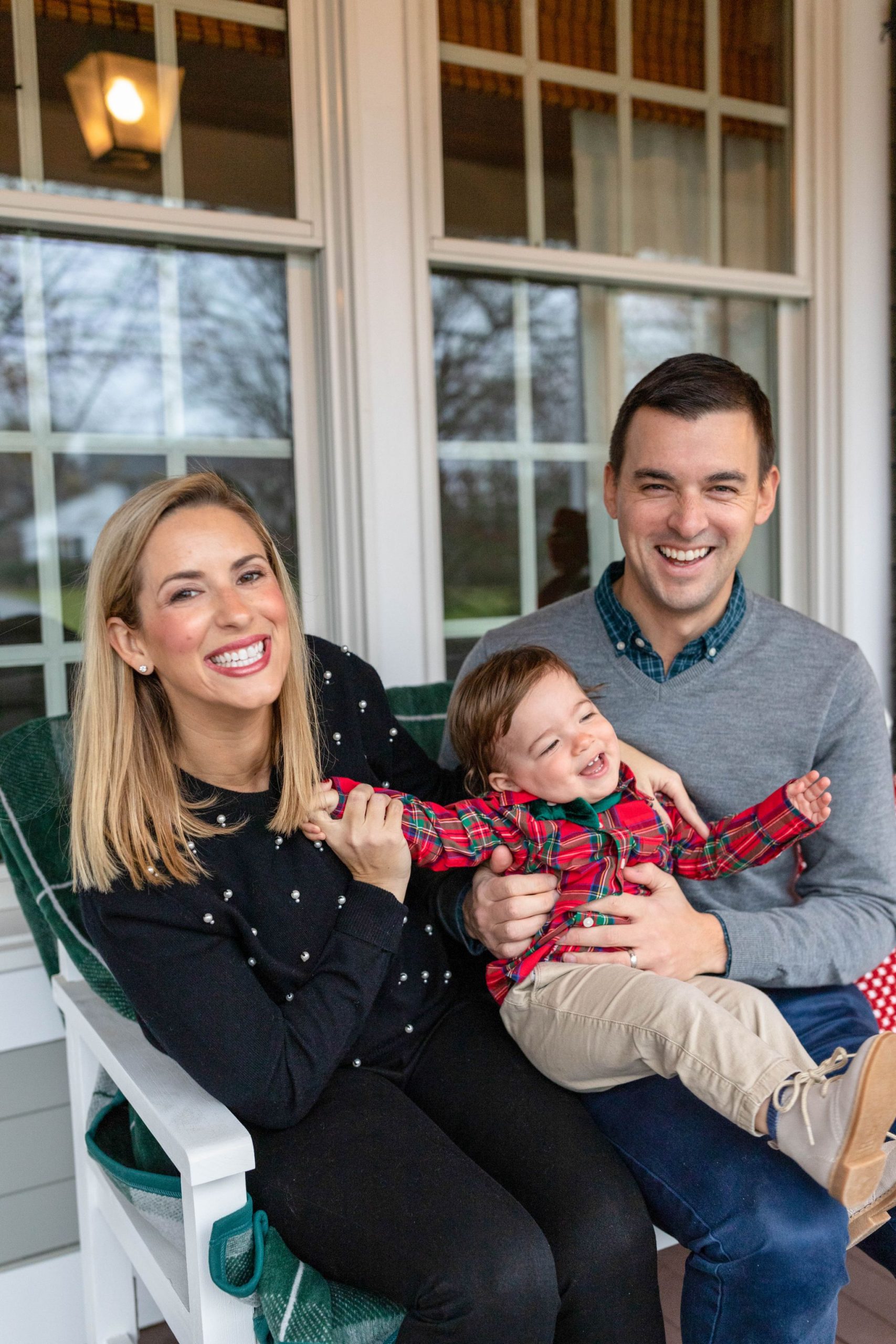 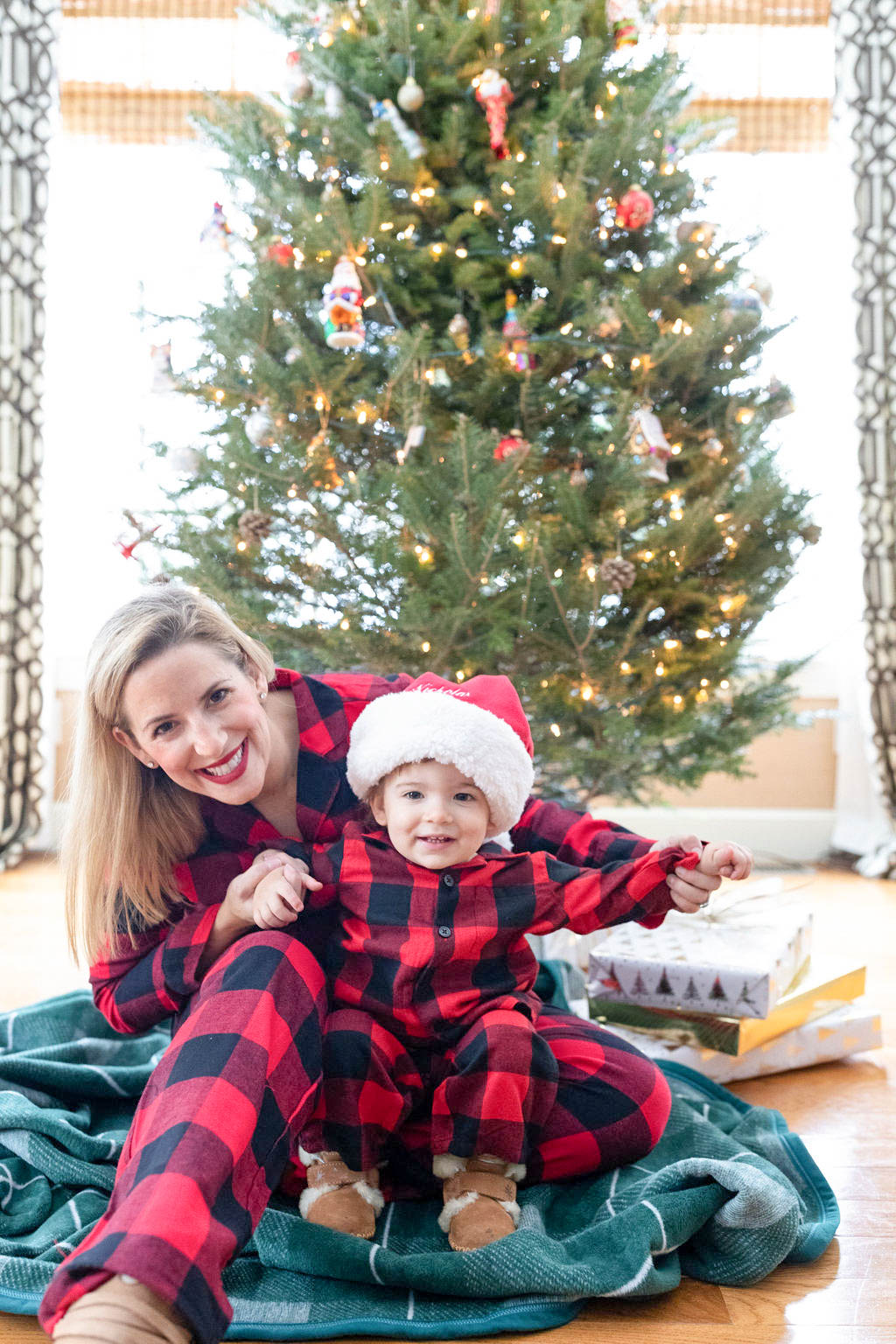 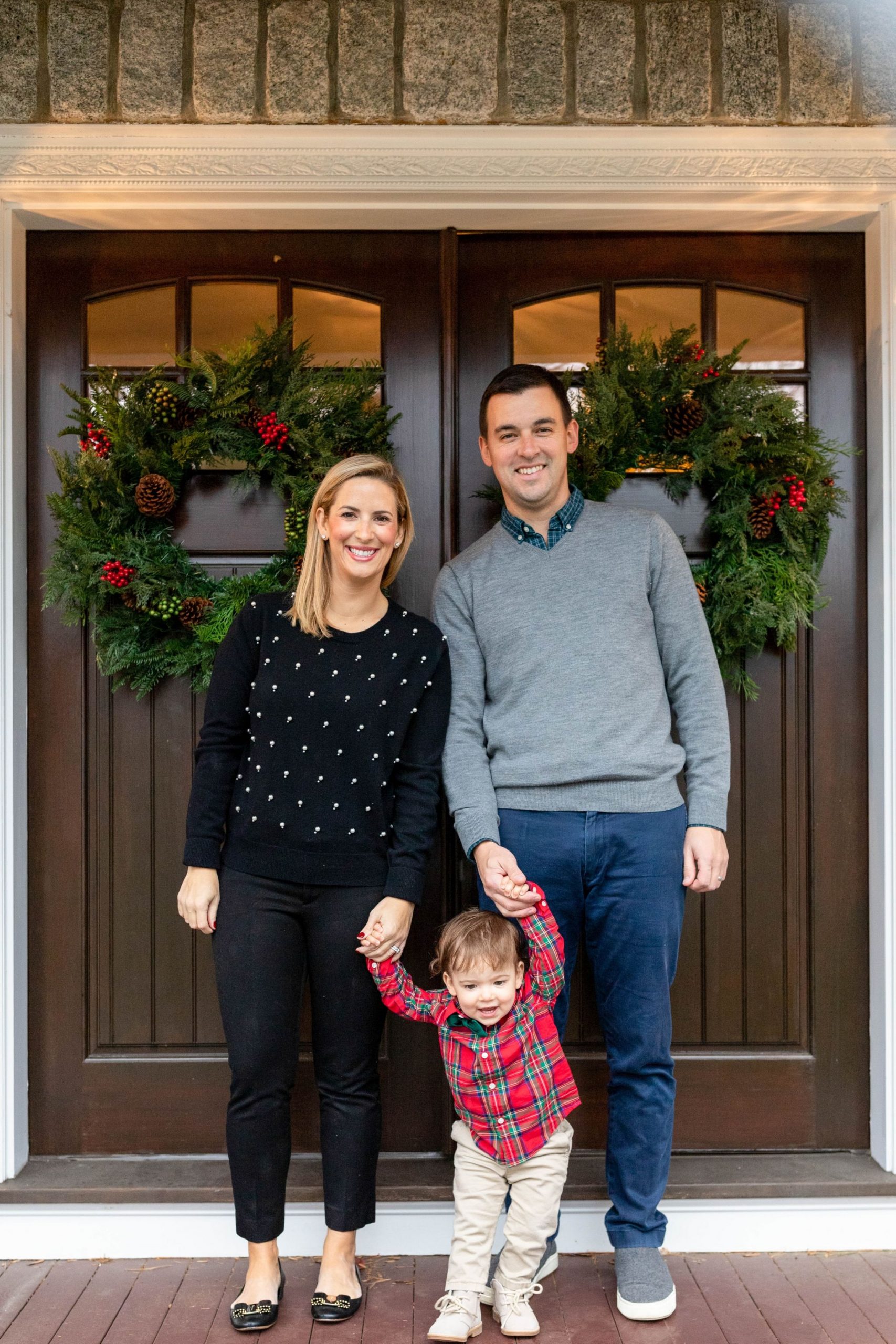 I had intended to share some of these photos from our family Christmas card pictures before Christmas, but obviously that didn’t happen so I’m sharing them on December 29th instead!

With moving in to our new home in mid-November and Thanksgiving falling later in the month this year, it definitely felt like Christmas snuck up so quickly! All of a sudden it was the 23rd and I was like wait what just happened?

Since getting married, MJD and I have always wanted to host Christmas celebrations for our families. We were so excited we got to do that this year. We had my family’s traditional seven fishes dinner at our house on Christmas Eve (my mom and dad did most of the cooking ;)) and then hosted our extended families on Christmas afternoon. Both days went really smoothly and we had so much fun which was exactly what we were hoping for.

It was also so fun to see the magic of Christmas through Nicholas’ eyes. He was lucky to spend tons of time with his grandparents, aunt and uncle over the holiday week. He is going to be quite sad when he isn’t the center of attention next week 🙂 He doesn’t really understand the concept of Santa yet- though he did learn to say Ho, Ho, Ho (it is the cutest thing)- but he did light up over his new toys and seeing him play with them with utter joy was a blast for the whole family.

Hoping you and yours had a fabulous holiday season as well!

Photography by Caroline The Photographer