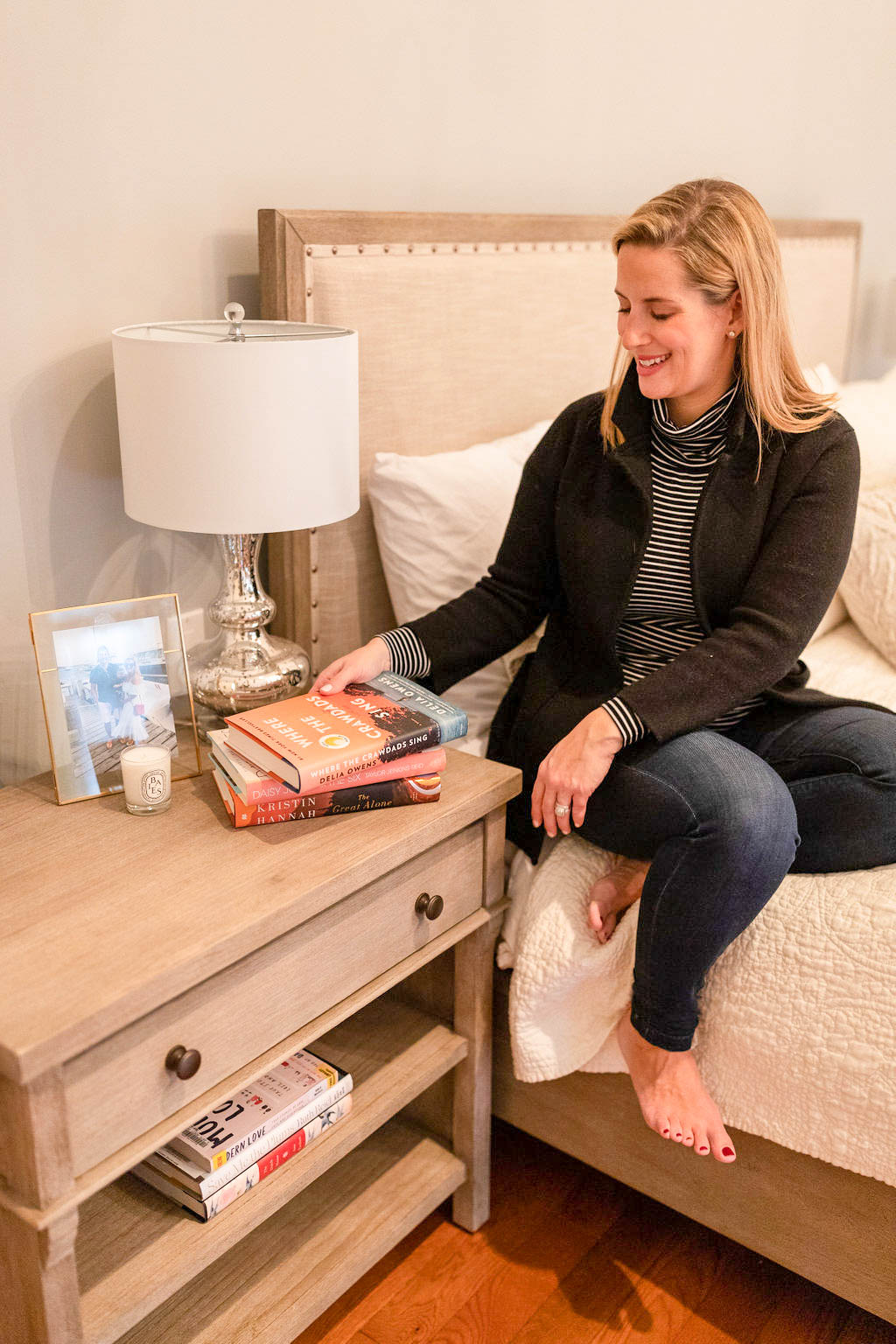 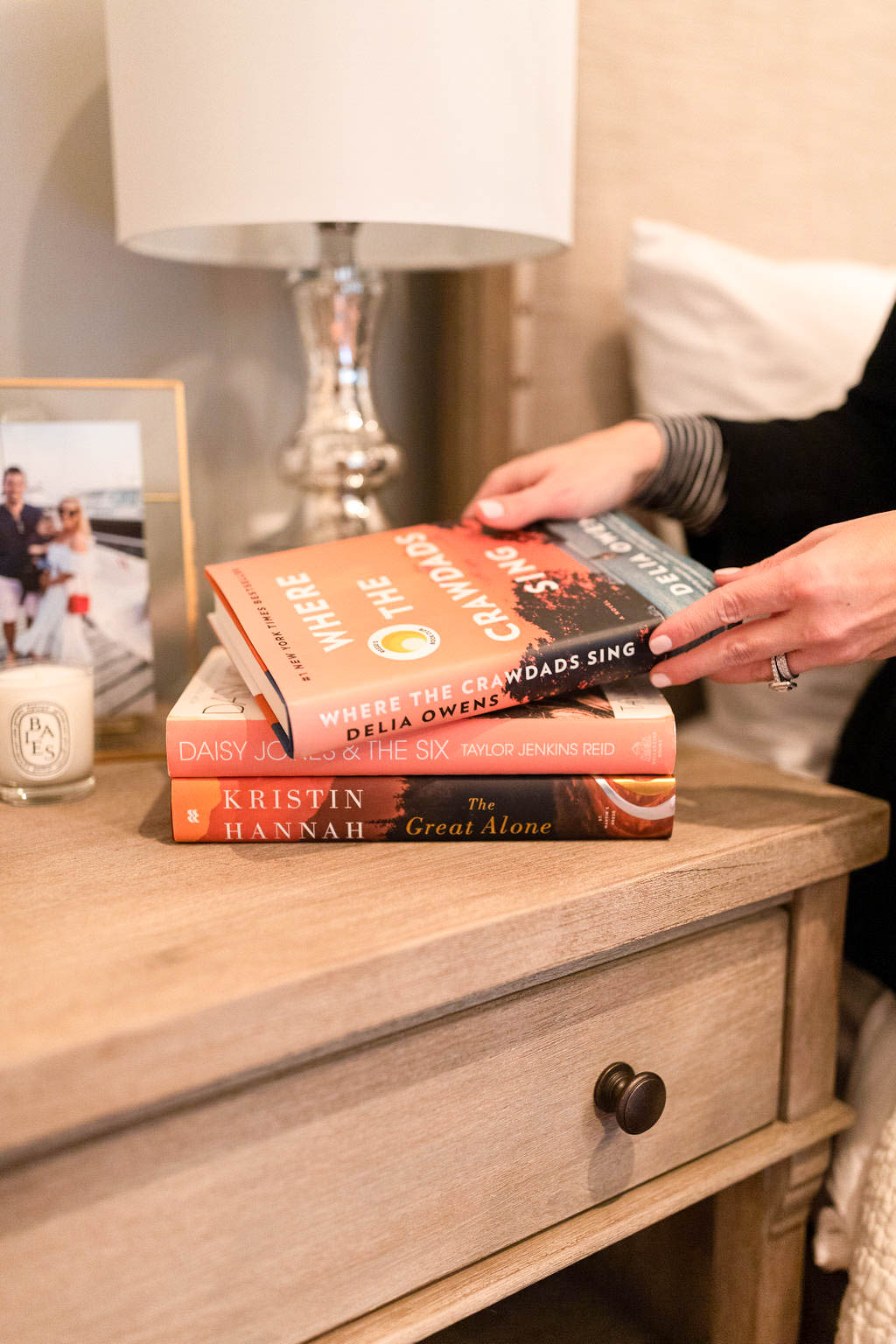 One of my fave things to chat with you guys about is what I’m reading! My favorite way to spend my free time and from what I hear, it is the same for a lot of you too 🙂 With the start of the new year, I know many of us (myself included) often set a goal to read more at the start of the year. Personally, my goal is to spend more time reading before bed than playing around on my phone. If you happen to have a reading related goal for 2020, wanted to share my favorite reads of last year. I hope you will love them all as much as I do!

Sorry, but I could not pick just one… I was completely obsessed with all three of these books and will talk about them to anyone who will listen/has read them.

Where The Crawdads Sing– A little bit coming of age story, a little bit murder mystery, a little bit love story- Where the Crawdads Sing has everything. Kya is the marsh girl who lives outside of town, alone and isolated from society. The book goes back and forth between Kya’s childhood in the marsh and a murder investigation of popular and handsome Chase Andrews who was rumored to have a secret relationship with Kya. I stayed up late two nights in a row to read this book which to me is the sign of a great book as a mom who cherishes her sleep.

The Great Alone– I’m pretty sure I’m still not over this book! All the feels! Leni and her family move to Alaska after her dad’s friend from the war leaves him a house in the Alaskan wilderness. As winter comes, their survival skills are put to the test, all while Leni’s dad is experiencing extreme PTSD and seasonal depression as a result of his days in Vietnam. This book was extremely powerful- both the coming of age story of Leni as well as the strength of a parent’s love. Also passed the staying up late to finish test 🙂

Daisy Jones & The Six– When Reese buys the film rights to a book, I pretty much read it immediately- the case with Daisy Jones & The Six! Told in the most unique way- basically a magazine interview- Daisy Jones & The Six chronicles the rise and eventual fall of the 70’s rock band of the same name. It is very sex, drugs and rock and roll as you would expect from a 70’s rock band. Some of the story is loosely based on Fleetwood Mac, which makes me love it even more as a huge fan of their music. I loved this book and am anxiously awaiting the film adaptation. Make sure you read it before!

My favorite Young Adult read of 2019-

American Royals– Instead of becoming president, George Washington accepted the job of King of the United States and now years later his heirs are ruling the country. American Royals is a super fun read about the heir (and her brother and sister) to the throne as well as their love interests. It is going to be a series so I’m excited for more to come!

The Wedding Date– Alexa and Drew get stuck in the elevator of a San Fran hotel together the night before Drew’s friend and ex-girlfriends wedding. He asks the beautiful stranger as his date. After playing it up all night long, their feelings go from pretend to real. This was a super cute read and I’ve jumped on the Jasmine Guilroy bandwagon ever since- picking up her latest book each time the come out. It is super fun because she takes smaller characters in each of the books and gives them their own story in her “sequels”. I love it!

My favorite guilty pleasure of 2019-

The Idea of You– After hearing Becca and Grace from Bad on Paper Podcast talk about this book a lot, I finally read it. And I will say it definitely lived up to the guilty pleasure hype. This is not the kind of book you want to share with your mom, but it is a perfect beach vacation read. When Solene takes her pre-teen daughter to see her favorite boy band in concert (think One Direction) she is pretty surprised to feel a connection with one of the lead singers, 20 year old Hayes Campbell. Not only do they have a connection that night, well they meet up in LA the next time he is in town and start a romance. Lots of sex, love and boy band rock and roll in this one!

My favorite historical fiction book of 2019-

Love and Ruin– I was so excited to read this book after my best friend lent it to me- we both loved Paula McLain’s The Paris Wife. Love and Ruin tells the love story between Ernest Hemingway and Martha Gelhorn. The book followed Martha on her experiences through wartime Europe where their affair began and to Cuba where her and Ernest start a life together. If you read The Paris Wife, this is a great follow up to compare the different women in Ernest’s life.

What were some of your favorite reads in 2019?

PS- if you have a goal to read more in the new year, head over to my Instagram later today to hear about a fun giveaway I think you’ll like 🙂

Photography by Caroline The Photographer