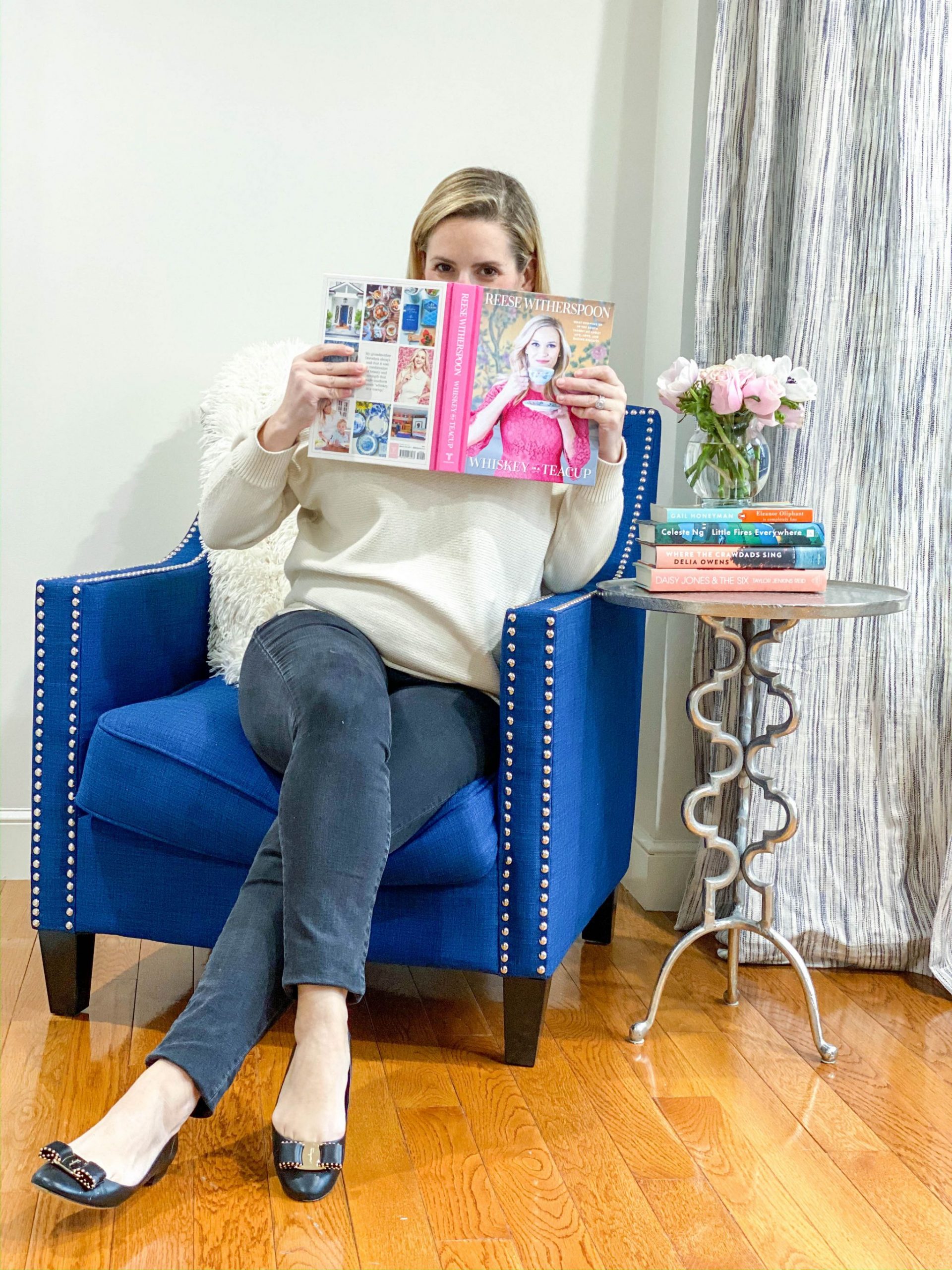 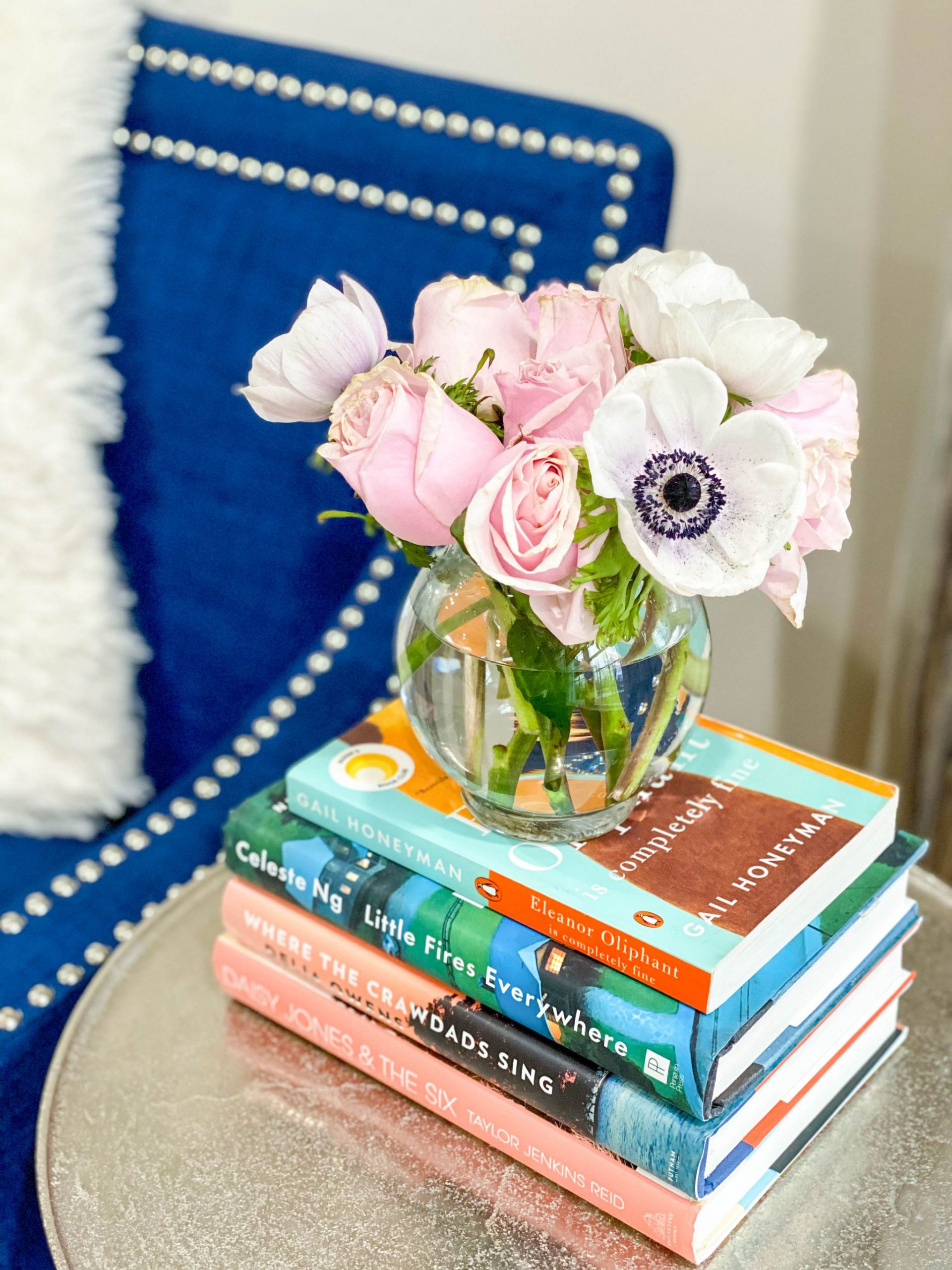 If you love to read as much as I do, chances are you’ve stumbled upon Reese Witherspoon’s book club or at least read one of her book picks even if it was by accident. As a huge Reese fan since the Legally Blonde days, me reading something she recommends is definitely not by accident 🙂 and some of her recommendations have become my favorite books recently! Reese’s book club started in 2017 and selects one book a month to promote with readers. The common theme tying all the books she selects together is that they have a female protagonist or heroine within them- love that! All the reading Reese has been doing for her book club gives her an opportunity to pick some of the best stories to transition to the screen.

With the huge success of Reese’s book to film production of Big Little Lies- which was so successful by the way that it received a second season which went beyond the actual story in the book- you can pretty much bet all her other adaptations are going to be big hits too! If you want to be ahead of the curve, take a look through this list and add some of these books to your reading list before the Reese produced version comes to your screen!

Little Fires Everywhere- Sharing this one first in the list because it is being released on Hulu next month, March 2020! Little Fires Everywhere was a super powerful read about motherhood and the lengths mothers will go to protect their families. When single mom, Mia, who will be played by Kerry Washington and her daughter Pearl rent a home from the Richardson family’s matriarch, played by Reese, the two families become intertwined. The two families find themselves on opposite sides when a custody battle over an adopted Chinese-American baby in their town makes the news.

Where The Crawdads Sing- I shared this book in one of my favorite reads from 2019 so I’m super excited Reese’s production company, Hello Sunshine has acquired the film rights! The book is a mix between a murder mystery as it sets out to find who killed popular hometown hero Chase Andrews and coming of age story, following the childhood of Kya, the Marsh girl, who lives virtually alone in the marsh outside of town isolated from society for the most part. The book flawlessly moved back and forth between the murder investigation and the “past” so you could learn more about Kya so I’m anxious to see how that translates to the screen! No dates or cast information released yet, so we will all have to hold on…

Eleanor Oliphant is Completely Fine- Loved this book and quirky main character, Eleanor. Quirky is probably the nicest way to describe Eleanor, a socially awkward loner, who drinks too much alone in her apartment and has a traumatic past that you find out about as the book progresses. Eleanor makes her first friend in the IT guy at her office and the story of their evolving friendship and her learning to deal with feelings will definitely have you feeling all the feels. No date yet, but there are rumors that Reese herself could play Eleanor!

Luckiest Girl Alive- The film rights for this book which originally came out in 2015 were purchased quite a while ago by Reese’s production company so I am hoping the project comes to fruition. Either way, this book is a great read and would definitely recommend it- the author actually grew up right near where I grew up so I feel connected to it a bit. Ani FaNelli reinvented herself after high school, now going by Tifani and is close to being the girl with it all, a great job and apartment in New York City, a handsome old money fiancee and an upcoming wedding in Nantucket. Secrets from her past threaten to bubble over though and alter the image she has so carefully worked on when a documentary into what happened at her high school is being made. This was a quick read for me and a great one at that so if you haven’t read it yet, I’d definitely recommend!

Daisy Jones & The Six- Another favorite of mine from 2019, Daisy Jones & The Six follows a seventies rock band through their ups and downs, through band mate romances, and of course some 70’s rock and roll drug use. The book is said to be loosely based off of Fleetwood Mac and Stevie Nicks who I LOVE so it’s an obvious must-read for me. The book is written as an interview with the different band members so not only does it fly by, but you get to see things from each characters perspective. I’m dying to see how this will play out on the screen and also clearly excited about the musical aspect of it as the book contains song lyrics as well.  The limited series is set to air on Amazon Prime, but no word yet on release date.

Bonus: One I’m adding to my own reading list- Something In The Water- I haven’t yet read this thriller about a couple who discovers a shocking something in the water when on their honeymoon to Bora Bora, but since it is Reese approved both as a book and a potential film, I’m adding it to my list!

Have you read any of these books yet? Which film adaptation are you looking forward to most?