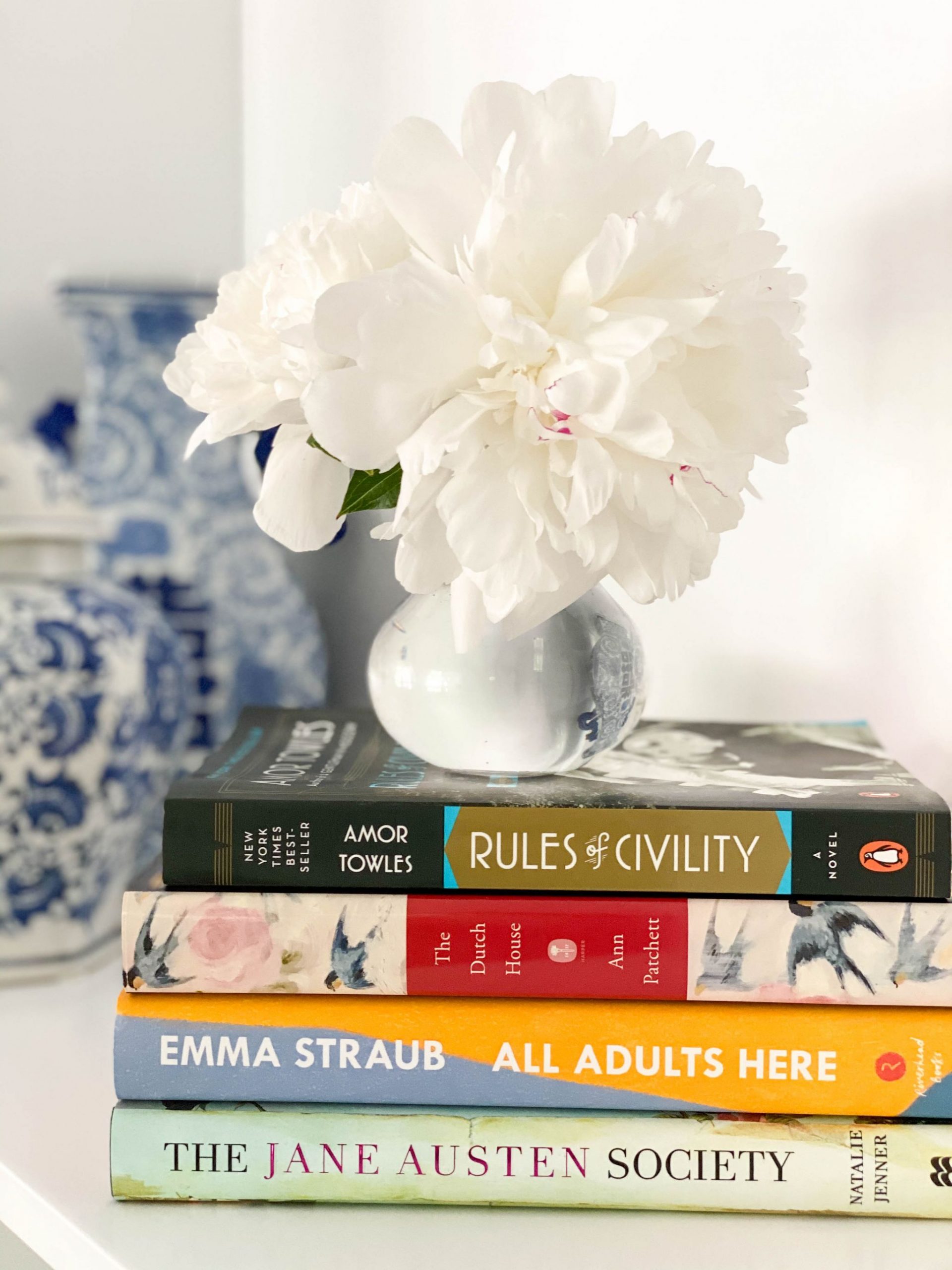 My last reading update for you guys before baby arrives! When Nicholas was born I actually did do a lot of reading on the Kindle app on my phone-thanks to some marathon nursing sessions- but I have a feeling with a toddler and a newborn that will be a bit more unlikely this time. A girl can dream though right 😉

Open Book– Jessica Simpson’s autobiography so obviously this is not a very high brow read, but I could not put this book down! It is juicy- she definitely shares a lot about her marriage to Nick Lachey, relationship with John Mayer and music industry scoop. I knew her songs, but wasn’t by any means a Jessica Simpson fan and I don’t think you need to be to want to read this book. Would be a great summer read that I am pretty certain you’ll fly right through. You just have to promise we can chat about it once you are done!

Rules Of Civility– I didn’t have the highest expectations going into this book because Amor Towles’ other book A Gentleman in Moscow wasn’t my favorite despite being very well written.  Rules Of Civility however was great and I was completely wrapped up in what was happening with the main character Katey and her adventures in New York City in the late 1930’s. On New Year’s Eve 1937, Katey and her best friend, Eve meet a handsome banker, Tinker while out at a local spot. From their first meeting with Tinker, both girls are enamored with him and Katey and Eve are thrust into New York society as their friendship with Tinker grows. After reading Rules of Civility, I couldn’t help but also think of City of Girls which I read earlier this year and took place in the same sort of timeframe in New York. I much preferred Rules of Civility over City of Girls and personally I think it had to do with likeability factor of the main character for me.

The Dutch House– This is Ann Patchett’s latest novel and if you’ve liked her novels in the past, I would definitely recommend picking The Dutch House up ASAP! The novel spans over fifty years and is narrated by Danny, the son of Cyril Conroy who purchases a lavish, but unique estate outside of Philadelphia called The Dutch House. Danny and his older protective sister Mave’s worlds are turned upside down when their father remarries a much younger woman Andrea with two kids of her own. No matter where life takes them, Danny and Maeve’s bond is unbreakable, but so are their deep ties to the childhood home they once had, The Dutch House. I read the book, but one of my friends mentioned the audio book is read by Tom Hanks and after that I completely pictured his voice reading the whole time and it would just be perfection.

All Adults Here– Another family saga, Emma Straub’s latest book is a cross between a family drama and an almost coming-of-age which seems strange to say since the characters are all adults. Astrid, widow and mom to three adult children, witnesses an acquaintance in her small town hit by a bus and killed which propels Astrid into wanting to embrace life and reflecting on things from the past. In addition to Astrid, her grown children, Eliot, Porter and Nicky are all facing their own coming-of-age, self discovery moments as well.

The Jane Austen Society– My most recent read and I was lucky enough to receive a copy from St. Martin’s Press to celebrate the book’s release on May 26th. I love all Jane Austen books and typically love all the movies based on the books as well so I was excited to read this one. The Jane Austen Society takes place in Chawton, home of Jane Austen and follows the story of eight different people who all love Jane Austen or have ties to her in some way. The group is started to create a foundation in order to preserve Jane Austen’s last home. While all eight of the individuals have Austen in common, they are all going through their own personal hardships which Austen and each other help them get through. The book was a little slow for me to start I think just because of switching back between so many characters, but I did really enjoy it in the end and the second half flew by. The ending will make you smile!

I really enjoyed all these books so it would be so hard for me to just pick one to recommend to you, because of course we all love different things. If I really had to though I think I’d push for The Dutch House and Open Book to be read first.

What have been some of your favorite recent reads? What is on your summer reading list? Always love to hear your recs!