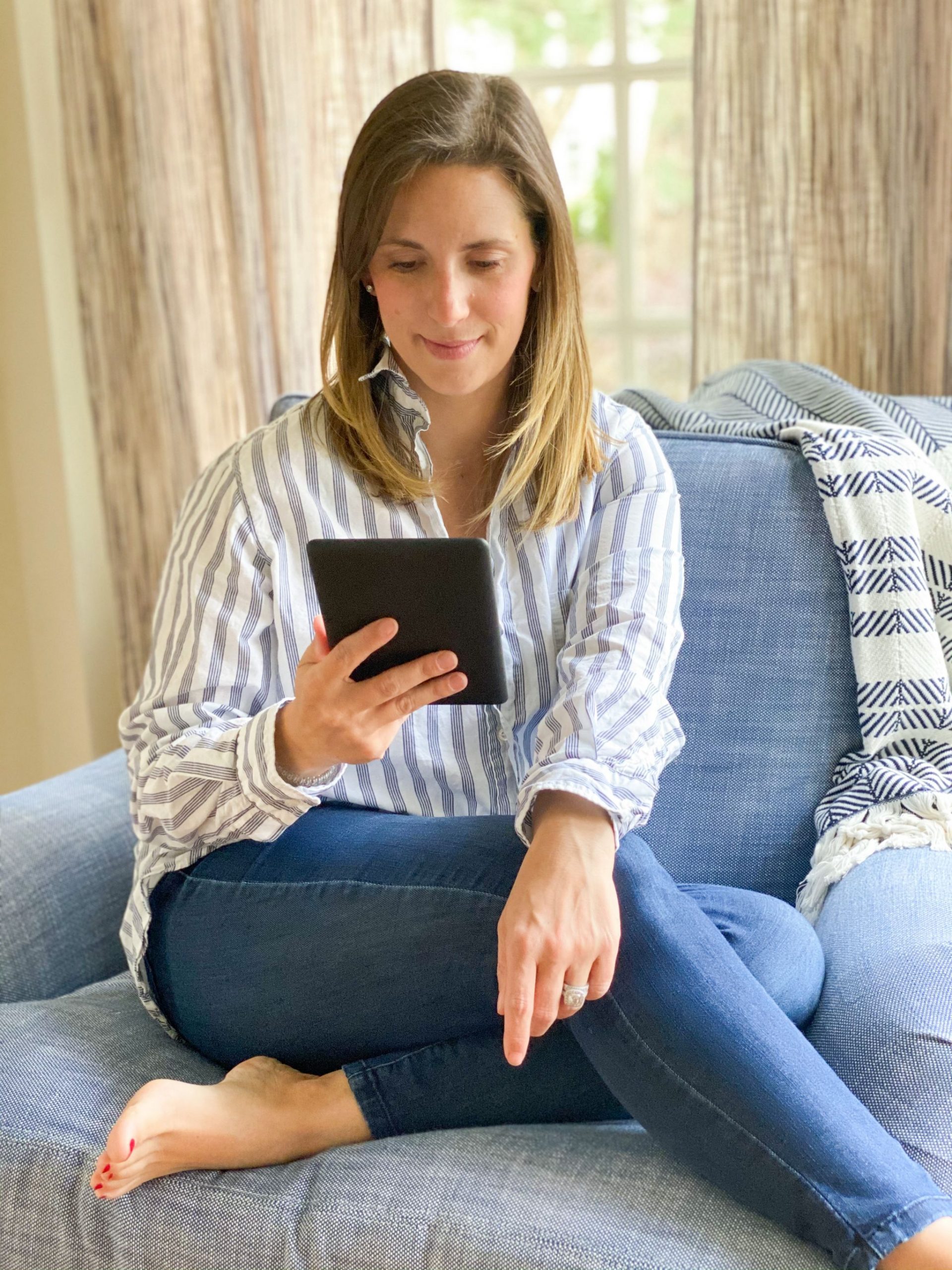 I started off the year with a goal of sharing my reading lists every two months, but here we are and the first one is for three months so I guess that is how 2021 is going 🙂 This year started off very strong on the reading front and I discovered a new favorite book to recommend (keep reading to find out what it is!). My most recent reads have spanned a variety of themes and plot lines from a romance taking place on the set of a telenovela to modern day Korea to the real life story of a childhood in South Africa during and post- apartheid. I’ve always loved reading as a way to put myself in the shoes of someone with a completely different life than me and use it as a way to learn. I can say this entire list of books did that for me!

I hope you are able to find a new book to read in this list, but if you’ve somehow already read all these books or they don’t sound interesting to you, you can find all my mini-book reviews from the past here. Oh, and my favorite books from 2020 can be found here! Happy Reading!

My new go-to book to recommend

The Girl With The Louding Voice- At the end of 2020, my best friend Lauren and I were comparing our favorite reads from the year and our lists overlapped except for this book which I hadn’t read yet. As soon as I started this book, I knew it was going to be a new favorite for me-Abi Dare is a beautiful writer. The Girl With The Louding Voice is Adunni, a teenage girl growing up in a rural Nigerian village. After her mother passes away, her dream of going to school to become a teacher is cut short as her father plans to marry her off to a local man. Adunni is determined to follow her dream and after running away following a tragedy, she ends up as basically an indentured servant to a wealthy Nigerian in the city. The book can be difficult to read with abuse and rape all part of Adunni’s story, but it is an inspiring story of a girl who refuses to give up on her dream to find her louding voice like she promised her mother.

The book that majorly creeped me out

Lakewood– This book was creeeepy! Like kept me up a bit creepy and also had me questioning what was happening creepy. Lena takes a job as part of a government study after her grandmother passes away and she realizes how in debt her family is and how badly her mother needs medical insurance for her serious medical issues. The government study is a total secret and she is forced to sign an NDA and cannot tell anyone- she even has a script to tell her family and friends about her fake job. As you join Lena throughout the study, you begin questioning things right alongside her and wondering what the study is really doing and why. While the book is fiction, it is eye opening to think about the medical testing that has occurred on the black population in the United States for “research”.

The telenovela type romance with lots of steamy scenes

You Had Me At Hola– A light hearted, very romantic read, this book was a great palette cleanser after some heavier reads. Jasmine is recovering from a very public breakup when she returns home to New York to film a new bilingual romance for a major streaming service. The new show could be Jasmine’s big break from soap operas into other roles so she’s determined to work hard and focus on becoming a leading lady. The first day on the set of her show she literally bumps into her new and very handsome co-star and on-screen romantic interest Ashton. Luckily for Jasmine, he doesn’t date co-stars. I’m sure it’s not hard to guess what happens in this book, but it was a cute read with some depth to it. Be prepared for some steamy soap opera worthy romance scenes though!

Another book that completely creeped me out, but in a totally different way

My Dark Vanessa– Like it’s title, this book is dark, but one I couldn’t put down. The book flips between 2000, Vanessa’s sophomore year in high school and seventeen years later. As a 15 year old girl, Vanessa is lonely at her boarding school without many friends. She starts a friendship with her forty year old teacher, Jacob Strane which then turns into a tangled affair. In 2017, her former teacher is being accused of sexual abuse by another student who contacts Vanessa to have her share her story. Vanessa’s emotions are conflicted around the man she believes she loves and that loved her, but her recollection of memories and certain events looks different when looking back through the lens of 17 years. This book was difficult for me to read at some points, but it is very powerful and provides a real look into psychological impact of abuse and power.

The book that was one of 2020’s best sellers

The Vanishing Half– This book had so much hype surrounding it so I went in with really high expectations. The Vanishing Half is the story of twin sisters who were inseparable as children, but ended up living completely different lives, including identifying as different races as adults. The sisters run away from their small town which prides itself on being the home to light skinned black people to live in New Orleans. While there and looking for jobs, one sister pretends to be white in order to get an office job. Cut to many years later and the sisters haven’t seen each other in decades. One sister is back living in the town she ran away from, while the other sister is living life as a white woman with a white husband who has no idea about her true identity. In a twist of fate, the daughters of the two sisters meet in a very unlikely way. The Vanishing Half is a beautifully written book and I would recommend the read, but I tend to have a hard time when books receive so much hype expecting them to be even better. This is why I think I would recommend The Girl With The Louding Voice more as it took me more by surprise.

The book that taught me the most

Born A Crime– This is Trevor Noah’s autobiography of his childhood as a biracial kid growing up in South Africa, where under apartheid his existence was a crime (white men and woman were not allowed by law to sleep with black women or men). Throughout the book Trevor told his story of growing up and not fitting in as he struggled to find a place in a society that was very much black and white. He also weaved in lots of facts and history about apartheid so as I read I felt like I was learning a lot. I loved reading about Trevor’s relationship with his mother who appears to be a force to be reckoned with- I think anyone who reads the book will feel the same! While I read the book, I bet the audiobook version would be fantastic.

The book unlike any other I’ve ever read

If I Had Your Face– Before this book, I’m not sure I’ve ever read a book about characters based in Korea and so this was another book in which I learned a lot, mainly about beauty norms in Korean society. If I Had Your Face is told from the point of view of four girls, all living in Seoul in the same apartment building. Kyuri is a beautiful woman who has gone through plastic surgery and daily beauty appointments to stay that way for her job in a “room salon”, Seoul’s underground bar scene for men to drink and socialize with beautiful women. Miho, her roommate, recently returned to Korea after going to college in the United States on scholarship for art. She is dating an heir to a very wealthy family who she met in New York, but who looks down on her because of her childhood growing up in an orphanage. Ara lives across the hall from them and grew up in the same town as the orphanage- she is mute, lives with her best friend and has a big obsession with a K-pop band’s leading man. Wonna lives below the women and often pines for friendship and their single lives as a newlywed trying to become pregnant.

The short but powerful read

Red At The Bone- At only 208 pages, Red At The Bone is the shortest book on this list, but it was a great and powerful read regardless of length! The book opens in 2001 at the “coming out” ceremony for Melody as she celebrates her 16th birthday. Melody is surrounded by the people she loves- her grandparents who she lives with, her father, and her mother, Iris, who had Melody at the same age she is now. The chapters of the book take place at different points in time and from different points of view to tell the story of the teenage mother and father, their parents who had hoped for so much for their children and the baby who grew to be a teenager herself. Before this I hadn’t read any books by Jacqueline Woodson, but I’m adding a few others to my list now!

Have you read any of these books yet? What book would you recommend if someone asked you for a recommendation?