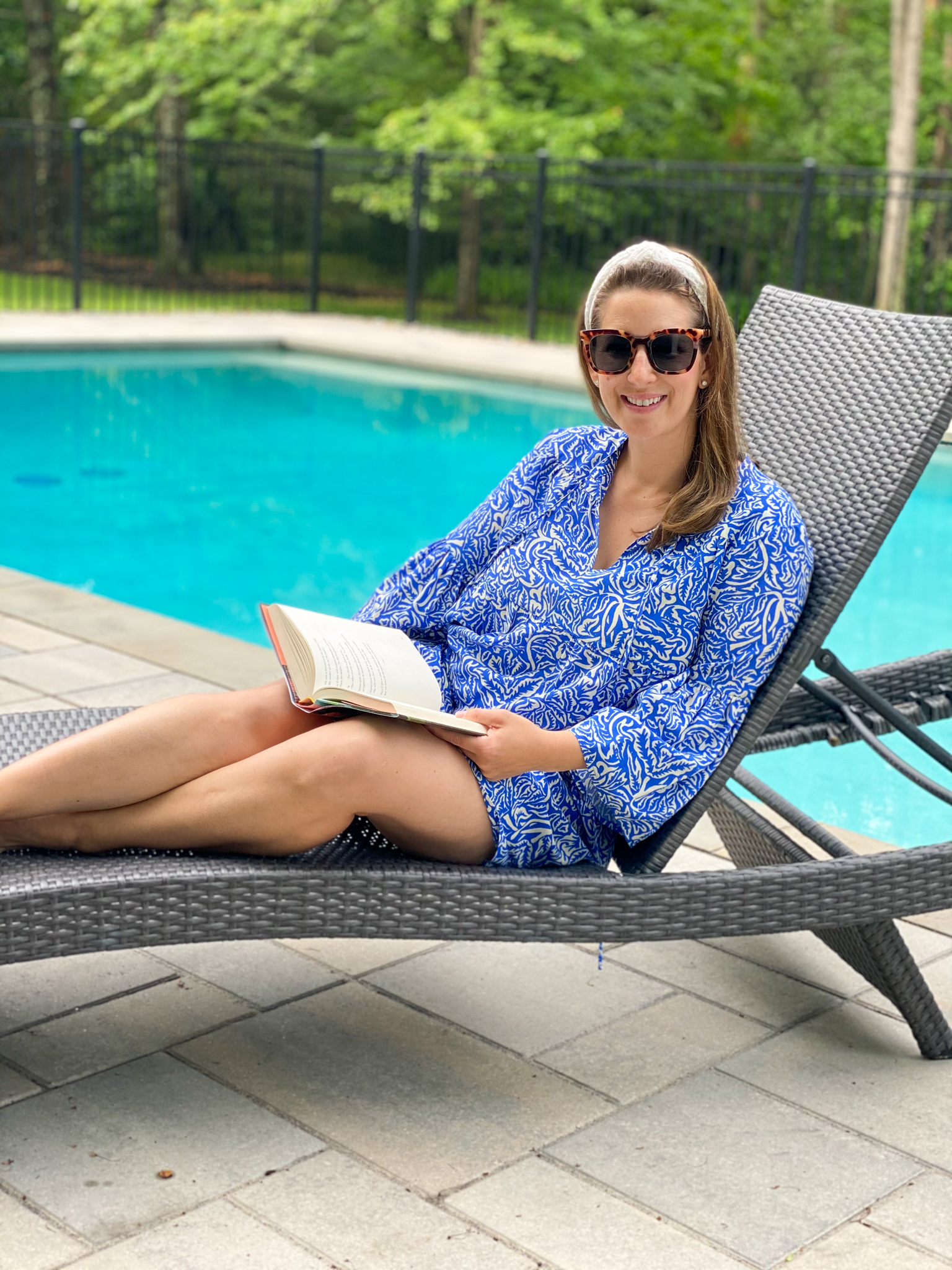 Things have been a bit slow on the reading front these last two months I guess, but here’s hoping with summer days here I prioritize it a bit more! Interestingly, I read all of these books in hard copy, no e-books and I am wondering if that influenced the speed at which I read. While I LOVE the feeling of holding a real paper book especially when curling up in bed, if I am reading on my kindle, I find myself stealing a bunch of small moments to read it on the Kindle app on my phone. Those stolen minutes add up a bit more quickly 🙂

E-book vs. physical book discussion aside- these are the four books I read in April and May. I really enjoyed all four, but for completely different reasons. Clap When You Land had a super unique writing style which made it fly by, The Bromance Book Club was a fun and lighthearted read which would be great for a beach or pool day, Detransition, Baby pushed me to learn much more about the transexual community than I knew previously and White Ivy though not a true “thriller” had me wanting to see what happened next the whole book.

Clap When You Land– Two teenage girls living completely different lives, one in the Dominican Republic and one in New York City, find out about each other when the father they share dies in a plane crash (promise this isn’t a spoiler it’s on the book summary on Amazon!). The chapters of the book switch between each girl, Camino and Yahaira as they deal with grief, family secrets, learning about each other and themselves. Though the book is long (over 400 pages), it is written in verse style, similar to what you may expect from a poetry book, so it can be read very quickly. This book is considered YA, but fine for any audience, just mentioning in case that isn’t your thing! Read this if you liked The Hate U Give

The Bromance Book Club– This book is fluffy, light and a romance (so be prepared for some steamy scenes), but if you are looking for a read like that, this would be a good one to pick up! Gavin Scott is a major league baseball player who separates from his wife after his ego is severely wounded after finding out that she has always faked it in bed. Desperate to get her back, he joins a secret book club- the Bromance Book Club- where he and his fellow club members read romance novels to learn how to keep their ladies happy. I didn’t realize this was part of a series so I may have to check out the other books, but this is the first one so can totally be read on it’s own! I liked how it was a romance novel, but from a man’s perspective which makes it a little different in my opinion! Read this if you liked The Wedding Date (or any other Jasmine Guillory books)

Detransition, Baby- Before this book I had never read a book with a transexual main character (maybe closest was The Vanishing Half, but would consider that a supporting character). While the book was definitely a heavy read and pushed me a lot to learn more about the transexual community, it told a beautiful story of relationships, motherhood and what it means to be a woman. Reese and Amy were living together with dreams of starting a family together as a trans couple, when Amy shook up their world by detransitioning to live as a man. After detransitioning, he lives as Ames and starts a romantic relationship with his boss, Katrina. When Katrina reveals she is pregnant with his baby, Ames must share with her about his past and wonders if Reese could be a part of it again. The book flows between the “present day” when Katrina is pregnant and in the past, sharing details about how Reese and Amy met and their relationship. This is not a “light beach read”, but it was very well written and I know I’ve shared before, but I personally believe in reading books that expose you to people and stories unlike your own and this absolutely did that for me. Read this if you liked The Vanishing Half

White Ivy– White Ivy was released in late 2020 so if you haven’t read it yet, definitely add to your list! Ivy grows up outside of Boston, a daughter of Chinese immigrants who expect a lot from their daughter. After her father accepts a janitorial job at an exclusive private school, Ivy enrolls and becomes enthralled with Gideon, a wealthy teenage boy with a senator father. Ivy thinks she will never see Gideon again after her parents catch her sleeping over his house during a party and send her off to China. Cut to several years later where she just so happens to run into Gideon’s sister while working as a teacher in Boston. Ivy thinks it is fate and so Ivy becomes determined to reconnect with Gideon and reinvent herself while building the life she thought she always wanted. As the novel progresses, you’ll start to wonder what Ivy won’t do to ensure her “fate”. Read this if you liked Little Fires Everywhere

Have you read any of these books? I’d love to know your thoughts! Also I’m curious, do you read your books with a physical copy or electronic?