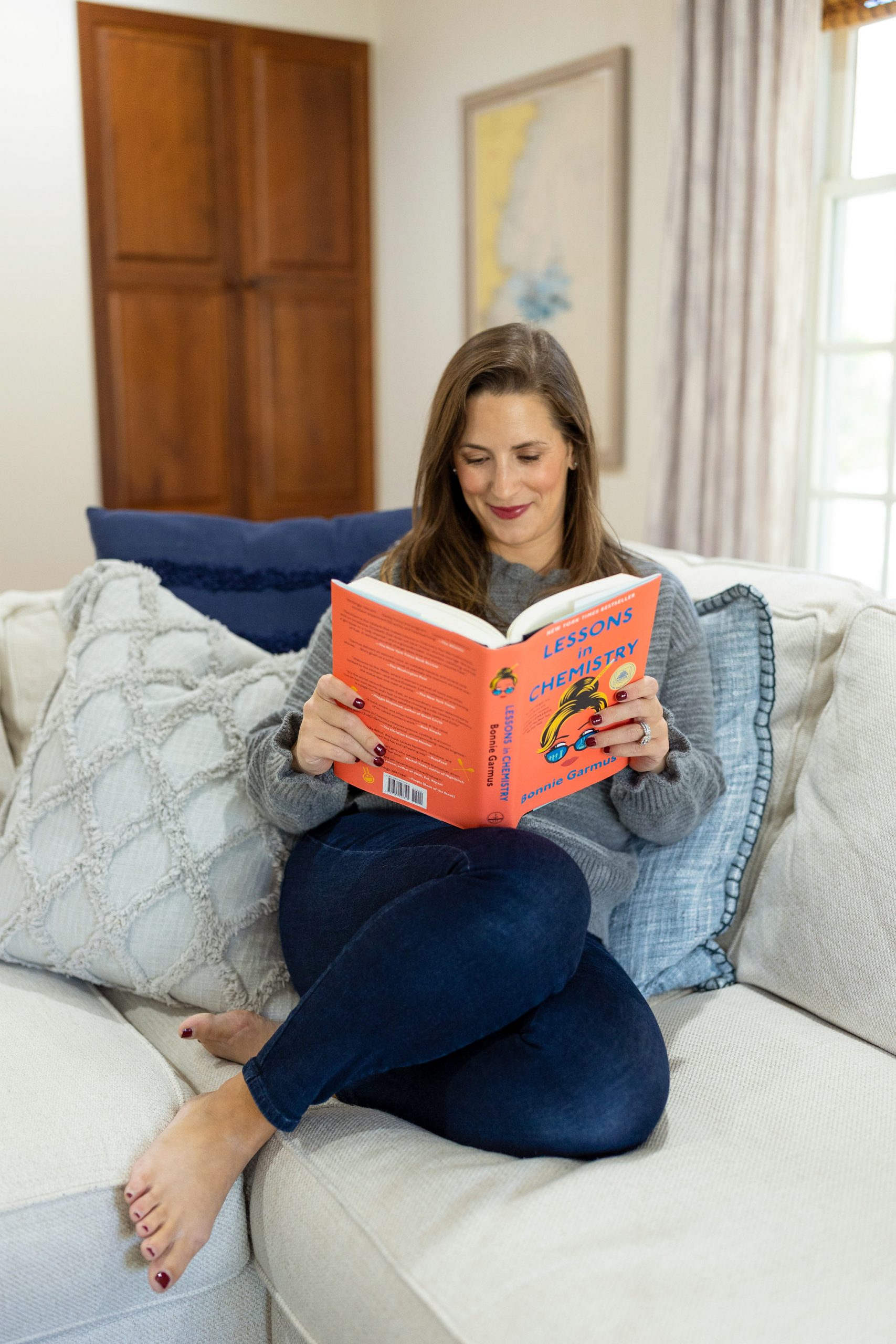 Okay, only about half way through December and coming to you with everything I read in October and November 🙂 Just a bit delayed here! I feel like I’ve been reading and listening to so many good books this year. Sharing my three most recent reads and two audiobooks. Have you read any of these books as well?

I’m Glad My Mom Died– Despite being a bit too old for her Nickelodeon days, I was very interested in listening to Jeanette McCurdy’s memoir after hearing so much about the book. This book was so very powerful and centers on Jeanette’s complicated relationship with her mother who pushed her into acting, her own dream and the toll this had on her. If you like listening to or reading memoirs, I would absolutely add this to your list.

Lessons In Chemistry– One of my favorite books of the year so far! Elizabeth Zott is a chemist and a single mother and now has become the lead on an afternoon cooking show. The novel tells the story of Elizabeth, her strive to become a scientist in a 1960’s male dominated lab and the unexpected path to her own cooking show. Highly recommend- and this would also be a great gift for a mom, MIL, sister, this holiday season!

It Happened One Summer– Piper, an influencer from a wealthy family, is cut off and sent to a remote fishing town in Washington State by her stepfather to run her unknown late father’s dive bar after she throws an Instagram-worthy party gone wrong. Within her first few minutes in town, she meets Brendan, a burly, grumpy boat captain who thinks she won’t last long in town. The town is small though and she keeps running into this grumpy (but attractive) man- and as you may have guessed they become very attracted to each other. This is quite a spicy romance for the true romance readers!

A Piece Of The World- I had this book on my TBR list for quite some time and thanks to a Kindle mishap (no books downloading on a flight) I finally got a chance to read it last month. The book is inspired by Andrew Wyeth’s beautiful and mysterious painting, Christina’s World. Telling the story from Christina’s point of view, as a blind woman who’s entire life has been lived on her family’s farm a remote coastal Maine town. Christina became a muse for Andy after meeting him one summer. This book is a very interesting combination of fiction and fact- especially interesting for any art history lovers. I grew up in the area near where the Wyeths lived in Pennsylvania and so I was very intrigued to read this book about one of the most famous Wyeth paintings.

Capote’s Women– Another audiobook for me! After listening to Anderson Cooper’s Vanderbilt, I’ve been intrigued in more about Capote and his swans. Telling the stories of seven of his swans (aka muses) and how they came to be beloved by society and Truman and then how their relationships forever changed following his story, Answered Prayers. Answered Prayers was his to be his latest novel that was based off fictional high society based not very loosely off his friends. The book inspired a new Ryan Murphy show coming out soon too which I think will be amazing!

What have you read recently? Anything you’d want to recommend?